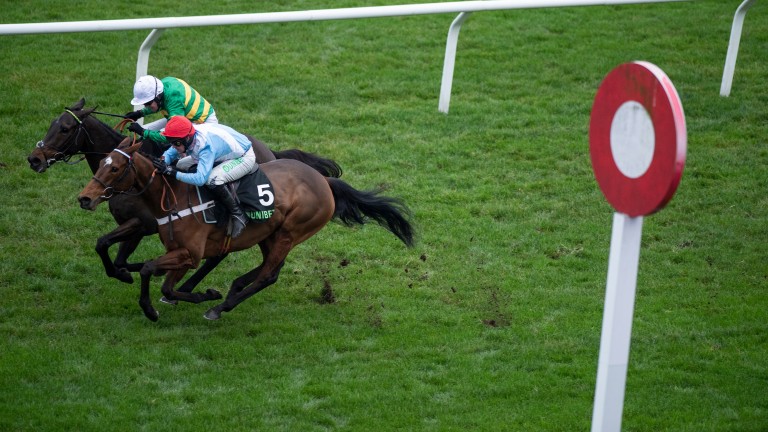 Verdana Blue gets up on the line to beat Buveur D'Air in the Christmas Hurdle
Edward Whitaker (racingpost.com/photos)
1 of 1
By Lee Mottershead UPDATED 4:37PM, DEC 26 2018

It was surprising, undoubtedly, but it was also rather odd.

Buveur D'Air, dual winner of the Champion Hurdle, unbeaten on his previous 11 outings and sent off 1-4 favourite, was beaten on the line by a stable companion who will likely sidestep Cheltenham for an alternative target on the all-weather at Lingfield prior to a possible tilt at the Melbourne Cup.

Really, there was very little to say about this Unibet Christmas Hurdle.

The ones with most to say were the owners of Verdana Blue, Crimbourne Stud's Charlie Parker and friend Stewart Williams. One of them was heard to shout in the winner's enclosure: "You beauty!" The other said: "Are you serious?"

Most unexpectedly, it was serious. The Nico de Boinville-ridden Verdana Blue, an honourable second on Kempton's Polytrack 21 days earlier when watched by an attendance measured at just 624 people, had on this occasion burgled Buveur D'Air by a short head. 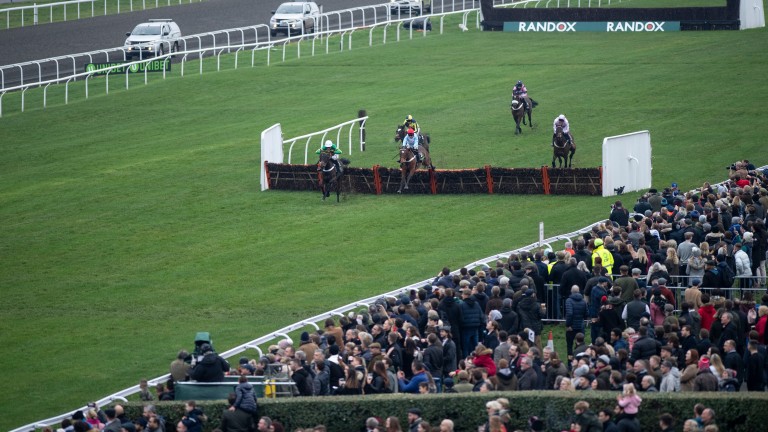 Buveur D'Air leads Verdana Blue over the final flight in the Christmas Hurdle
Edward Whitaker
"Sure, it's a bit of a surprise," said Nicky Henderson, trainer of first and second. "You don't want him beaten but, thank goodness, it was by one of our own. That's something."

The race was quite something, too. While one obvious explanation for Buveur D'Air's defeat was his serious mistake three flights from home, owner JP McManus's retained rider Barry Geraghty did not agree, and given he sent his mount into the lead one hurdle later, you could see his point.

"My lad ran a great race," said Geraghty. "He missed the third-last but that didn't cost him anything.

"It was probably sharp enough for him to be at his best and I got beaten on the day by a better one. He's only just started getting the credit he deserves and then he goes and gets chinned - but he's still a very good horse. The result just didn't go his way today."

Bookmakers believe the result will go his way on the festival's opening afternoon, with Buveur D'Air still clear favourite for the Unibet Champion Hurdle at between evens and 7-4.

Conversely, Verdana Blue is expected to instead tackle the long-distance race on All-Weather Championship Finals Day. There are times when this can be a funny old game.

"It will be Sandown or Wincanton next for Buveur," insisted Henderson, before praising a mare who has now become much more valuable with a Grade 1 success to her name. 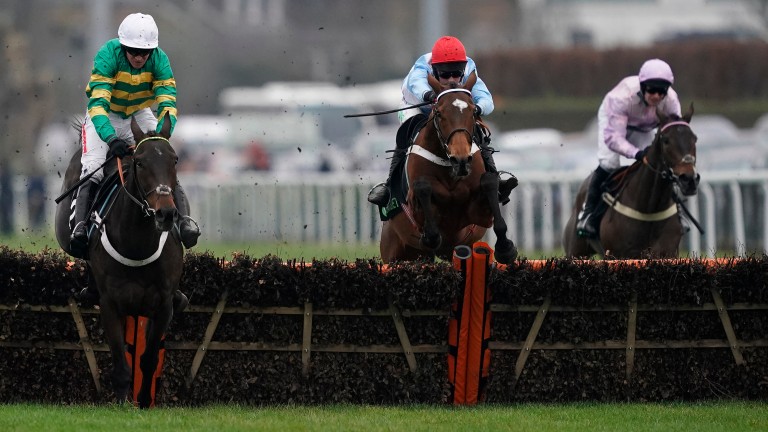 He added: "She is very good and always has been, providing you get her on some decent ground, as she is no good on soft ground. Unless they promised to give us good to firm it would be a waste of time going for the Champion Hurdle.

"The plan has been to go for the £200,000 stayers' race on the all-weather at Lingfield on Good Friday - and Luke Morris, who rode her here three weeks ago, says she'll win it."

Her owners hope she might also win the Melbourne Cup. For now, they were happy to concentrate on the glorious present.

"That was never in doubt," said Parker, tongue somewhat in cheek. "It looked like this race would cut up, so Nicky said we should put her in it. I know the trainer and jockey aren't very happy as they think they've lost their jobs - but we're very happy."

Just Champion: Milkwood triumph worth the lengthy journey for Mulholland Sir Michael Oswald dies at 86 after half-century of racing service to the Queen Can Craven winner Master Of The Seas follow up in the 2,000 Guineas? 'I think he's a Guineas horse' - Buick impressed as Master Of The Seas strikes 'It's a no-brainer' - Haggas confirms Guineas plan for Nell Gwyn heroine Sacred 'A breakthrough moment' - Clare Balding hails Blackmore's National triumph