Venice Beach out to make it super eight for unstoppable O'Brien 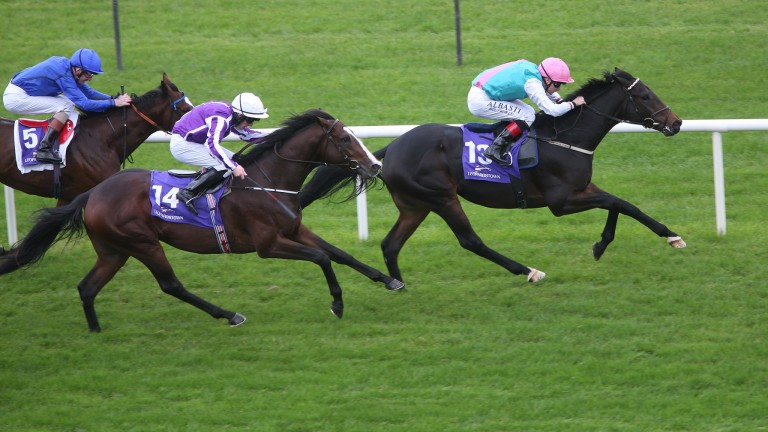 Five days on from sending out his eighth winner of the 2,000 Guineas, Aidan O'Brien will be seeking an eighth win – and a fifth consecutive victory – in the MBNA Chester Vase.

He is not a big price to get it either, being responsible for four of the eight runners including 5-2 favourite Venice Beach.

O'Brien's previous winners include Ruler Of The World, who was successful here en route to Derby glory, and two subsequent winners of the Irish Derby in Soldier Of Fortune and Treasure Beach.

Ryan Moore has ridden five of Ballydoyle's winners of the race, most recently US Army Ranger a year ago, and he partners Venice Beach, who easily landed a maiden over a mile and a half at Tipperary last month.

O'Brien said on Wednesday: "Venice Beach showed nice improvement from his first run of the season at Leopardstown to win well at Tipperary. We've been happy with him since."

Moore's victory on 4-11 shot US Army Ranger last year caused a stir, with some observers convinced that stablemate Port Douglas would have won with a more vigorous ride, and while the fact Moore rides Venice Beach almost guarantees that colt is the shortest-priced of the Ballydoyle squad, The Anvil (Donnacha O'Brien) and Wings Of Eagles (Seamie Heffernan, who rode Port Douglas 12 months ago) are not that far behind at around 7-1.

Finn McCool is the mount of Wayne Lordan, who won the 1,000 Guineas on the O'Brien-trained Winter last Sunday, and like Wings Of Eagles makes his seasonal debut.

The trainer added: "The Anvil won his maiden over almost a mile and three furlongs at Dundalk in March and we think the step up in distance will suit him."

"We always liked Finn McCool last season. We're happy with him and looking forward to getting him started, while Wings Of Eagles, who won a mile maiden last year, is in good form and just ready to start."

The O'Brien family's domination of the race is underpinned by Aidan's son Joseph running the reappearing Druids Cross.

The trainer said yesterday: "He's a fine, big horse and is in good form, but it's a big ask coming out of a Dundalk maiden win and having his first run of the season."

FIRST PUBLISHED 6:00PM, MAY 10 2017
Venice Beach showed nice improvement from his first run of the season at Leopardstown to win well at Tipperary