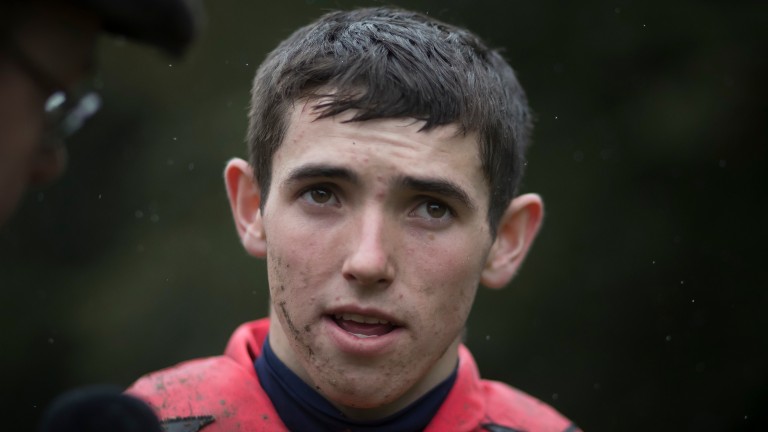 Darragh O'Keeffe: among the winners at Thurles thanks to Velvet Elvis
Patrick McCann (racingpost.com/photos)
1 of 1
By David Jennings 6:23PM, FEB 15 2021

There may have been a few suspicious minds wondering whether Velvet Elvis's form was good enough heading into the Horse & Jockey Rated Novice Hurdle, but an emphatic front-running victory continued his rise through the ranks.

It was winner number 14 of the season for former Irish Grand National-winning trainer Tom Gibney, who has forged a successful partnership with Darragh O'Keeffe, fresh from his first Grade 1 win on A Plus Tard in the Savills Chase.

Velvet Elvis was sent off at 8-1 and fought off all challengers up the home straight, with Capilano Bridge in second and 15-8 favourite Capodanno only third.

It was not just any old Monday for Charlie Hart as the 18-year-old from Baltinglass in Wicklow celebrated his first winner when Bal De Rio gunned down Hamundarson late in the maiden hurdle.

You would never have guessed it was his first success under rules as he timed his challenge to perfection on the 5-1 chance, who is trained by Denis Hogan.

Dunboyne was an easy winner of the 2m7f maiden hurdle under Keith Donoghue in the colours of Stephen O'Connor, master of the Ward Union Hunt in Meath.

Donoghue took up the running after the second-last and was always doing enough from there. The winner franked the form of leading Ballymore hope Bob Olinger, who beat him by 14 lengths at Navan in December.