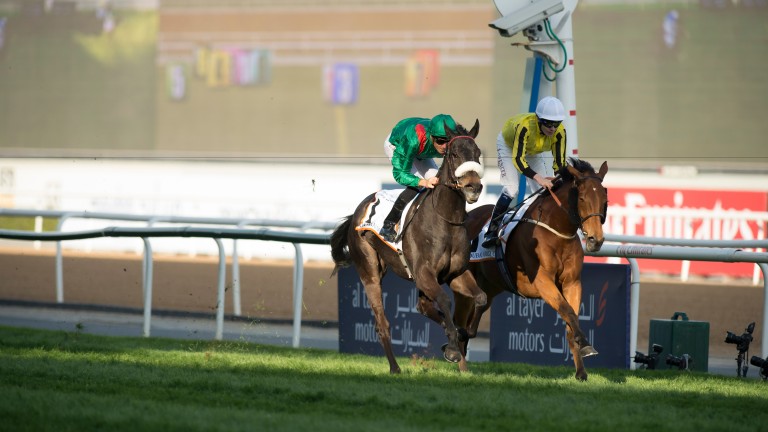 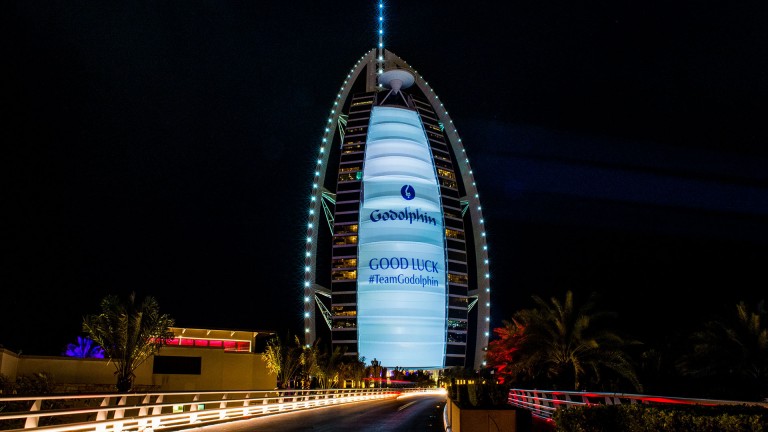 In what looks the strongest ever renewal of the Dubai Gold Cup, last year’s one-two Vazirabad and Big Orange again lock horns but there are no shortage of dangers among their rivals, with ten of the 14-runner field officially rated 110 or higher.

Big Orange has overcome a late health scare after running a “slight temperature” on Thursday but was given a clean bill of health by the vets on Friday.

His owner Bill Gredley has opted to replace Jamie Spencer with Frankie Dettori, as Big Orange tries to reverse form with Vazirabad, who was successful by a neck 12 months ago.

Spencer, however, still has a live chance as he gets the ride on Quest For More, who beat Vazirabad in the Group 1 Prix Du Cadran in October. Melbourne Cup runner-up Heartbreak City is another fascinating contender for shrewd trainer Tony Martin, who has booked Hong Kong-based star Joao Moreira to ride.

Not may runners shape up for a Group 2 in Dubai with a spin over hurdles but that was the route to the desert for Heartbreak City, who was eighth in a handicap hurdle at Leopardstown in January.

David Simcock, trainer of Sheikhzayedroad
He seems in great order but it’s a really tight, competitive race. It’s the best bunch of stayers for a while but you know he’s going to run a race of sorts.

Alain de Royer-Dupre, trainer of Vazirabad
Everything is fine with the horse and the rain makes no difference to us. The prep has gone smoothly and now we just wait for the race.

Hugo Palmer, trainer of Wall Of Fire
William Buick gets on well with him. This race is a step up for him but he’s progressive and it will be interesting to see how he fares.

Roger Charlton, trainer of Quest For More
He takes the travel very well and is a very fit horse. It’s a very solid race and there are five or six with chances. We know he stays two miles plus and we can ride him prominently if needed.

Michael Bell, trainer of Big Orange
He ran a slight temperature on Thursday but the vets have checked him and his blood picture is fine – we’re happy with his wellbeing. He ran really well last year and hopefully he can run his race again. I just hope it doesn’t rain too much overnight because he loves top of the ground.

Aidan O'Brien, trainer of Kingfisher
It's his first run in a long time since he picked up a little injury. The ground, track and trip should all suit. He is in good form at home and we hope he will run very well.

Saeed Bin Suroor, trainer of Beautiful Romance
She worked very well on Sunday and was very pleasing when landing the Nad Al Sheba Trophy. She was a good seventh over this trip in the Melbourne Cup so the distance should be fine but this is a stronger field than for her last win.

Tony Martin, trainer of Heartbreak City
He’s been here about three weeks to get the sun on his back. The run at Leopardstown left him pretty straight and he did a nice piece of work last week. On his run in the Ebor and the Melbourne Cup he looks to have as good a chance as any.

Ed Dunlop, trainer of Trip To Paris
His weight is stable and we knew where we were with him before coming out. He seems well but time will tell if he’s still as good as he was. Unfortunately we’re drawn in the car park but there’s five furlongs to get a position before the bend.