Varian stable star impresses in gallop ahead of Dubai return 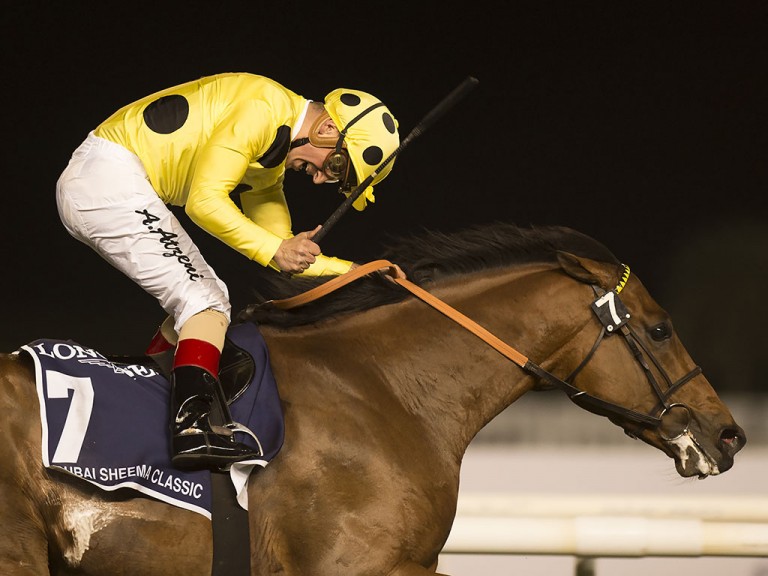 Postponed: Sheema Classic winner on course for a return to Dubai
Edward Whitaker
1 of 1
By David Milnes 9:28AM, FEB 13 2017

Postponed stepped up his preparation for a second successive appearance at the Dubai Carnival next month when impressing in a workout on the Waterhall gallops in Newmarket on Saturday.

Roger Varian's stable star is set to defend his crown in the Group 1 Sheema Classic at Meydan on March 25 and is a best-priced 11-4 favourite with Sky Bet to repeat last year's impressive triumph.

Postponed, who went on to further Group 1 glory in the Coronation Cup at Epsom and the Juddmonte International at York, is set to follow a familiar path to the Sheema by prepping in the Group 2 City Of Gold Stakes at Meydan on March 4, which he won last year.

Varian said: "All's well with Postponed and he worked nicely this morning. He's where he was at this stage last year fitness-wise and he'll have a couple more bits of work before heading out to Dubai.

"Running him in the City Of Gold as a prep worked out well last year and there's no reason to change that. I couldn't be happier with him."

Other British interest in the Sheema Classic is set to come from Varian's new neighbour John Gosden, who is preparing Jack Hobbs for the contest, while Sir Michael Stoute has entered Across The Stars.

FIRST PUBLISHED 9:28AM, FEB 13 2017
Running him in the City Of Gold as a prep worked out well last year and there's no reason to change that. I couldn't be happier with him