Varian may dip toe in water over hurdles with Central Square 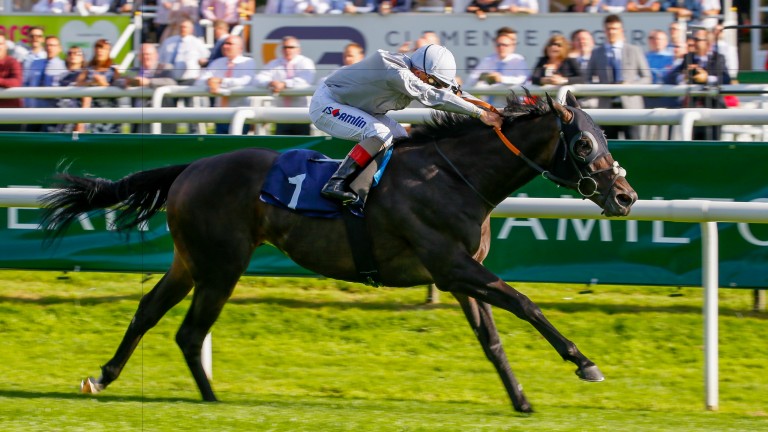 He may be well known for saddling Group 1 winners on the Flat, but trainer Roger Varian could have his first jumps runner this weekend after entering his useful handicapper Central Square over hurdles at Huntingdon on Sunday.

But he insists it is very much a one-off and points out the four-year-old's participation will depend on further practice later this week.

Varian, who rode seven winners over jumps between 1991 and 2001 while a conditional with Josh Gifford, said: "I’ve entered Central Square over hurdles at Huntingdon, but he's got to do a bit more schooling.

"That was pencilled in for Tuesday morning, but that might not happen now looking at the forecast. He will be tried over hurdles one day, but at this stage Huntingdon is just a speculative entry."

Newmarket's elite have a strong tradition with hurdling’s top prize as Sir Michael Stoute won the Champion Hurdle with Kribensis in 1990 and his former assistant James Fanshawe has won it with both Royal Gait in 1992 and Hors La Loi III in 2002.

'Nice horse, with size and scope'

However, Varian said he is merely "dipping a toe in the water" with three-time 1m2f winner Central Square, who has a BHA mark of 104.

Varian, whose former mentor Michael Jarvis dabbled with the odd jumper, said: "Central Square is a nice horse, with size and scope. He is hard not to like, and the idea to try hurdling came from his owner Steve Parkin, of Clipper Logistics, who was keen to give it a go.

"Leighton Aspell has been schooling him and will ride him when he runs, but he definitely needs more practice and that might not be possible in time for him to run at Huntingdon on Sunday.

"We've seen before that not all nice horses from the Flat take to jumping, It doesn't happen automatically, and Sunday is just an entry at this stage. If he takes to it and enjoys it we'll carry on, but if he doesn't it might be his and my one and only run over jumps."

FIRST PUBLISHED 3:39PM, NOV 28 2016
Central Square is hard not to like, and the idea to try hurdling came from his owner

Leading Oaks fancies Teona and Noon Star set for Musidora clash at York Varian unearths a real Derby fancy as Ballydoyle colts once again disappoint Third Realm slashed for Derby while crucial Leopardstown trial is a Sunday treat One horse, one race, one trainer and one jockey to follow on Wednesday Karl Burke unearths another promising filly as Celestial Queen gets off the mark 'I needed that' - Eoin Walsh enjoys first win since breaking back in horror fall