Valtat bidding for anniversary success after drop in the weights 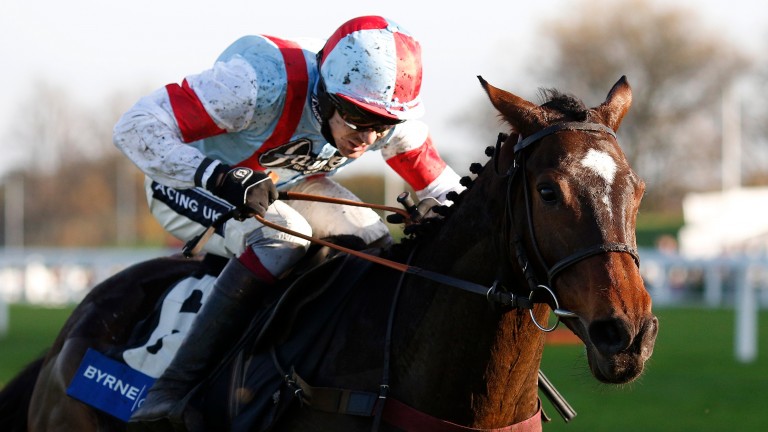 Cold March: will find ground conditions much more testing than when landing either of his previous British successes
Alan Crowhurst
1 of 1
By David Carr 6:25PM, FEB 10 2017

Vibrato Valtat won the Kingmaker Novices' Chase on this card in 2015 and returns to Warwick in search of just his second victory in the interim.

That is largely down to the good company he has been keeping and last season's Haldon Gold Cup winner is having his first run in a non-Graded or Listed event since 2014.

Cold March was a game winner at Musselburgh last month but the ground was officially good that day, as it was when he gained his only previous British success at Ascot.

Vibrato Valtat and Cold March are entered in the Grade 1 Ryanair Chase at Cheltenham, with the top weight also in next Saturday's Betfair Ascot Chase.

Weight no barrier to success

Class has tended to tell in this race of late, with all the last five winners carrying at least 11st and three of them defying top weight of 11st 12lb.

Paul Nicholls, trainer of Vibrato Valtat
He ran nicely last time after a breathing operation. The handicapper dropped him 5lb so he's been given a little bit of a chance and we're hoping for a good run.

Venetia Williams, trainer of Cold March
He is one of ours who probably prefers slightly drier ground but he responded well to blinkers last time and fingers crossed he will run well again.

Neil Mulholland, trainer of Activial
It didn't happen for him first time out but he's been in good form at home and schooled well. He'll be suited by the ground and by going left-handed. We hope he can make his presence felt.

Nigel Twiston-Davies, trainer of Templehills
He had a couple of rather silly spills but he won nicely at Fakenham in between the falls. He normally jumps very well.

FIRST PUBLISHED 6:00PM, FEB 10 2017
He'll be suited by the ground and by going left-handed. We hope he can make his presence felt