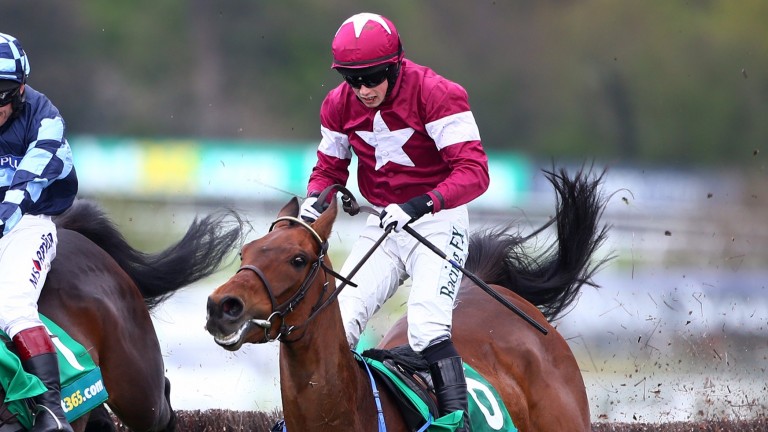 Henry de Bromhead was one of the beneficiaries when Michael O'Leary decided to remove his Gigginstown string from Willie Mullins, and one of his new recruits, Valseur Lido, delivered a smooth performance to win emphatically.

The Ryanair runner-up was moved stealthily into contention by Ruby Walsh and gathered up Silviniaco Conti at the elbow before the final two fences, then moved quickly clear.

While Silviniaco Conti ran encouragingly on his reappearance to take second, Don Poli was bitterly disappointing and was pulled up after failing to travel with any zest throughout.

Paddy Power and Betfair cut Valseur Lido to 16-1 (from 25) for the Timico Gold Cup off the back of his 11-length win, and the winner is unexposed at trips of three miles and beyond.

But for a mistake at the last when unseating Ruby Walsh, Valseur Lido would have had a major shout in last season's Irish Gold Cup at Leopardstown, and there was no doubting his stamina given how well he travelled on this occasion.

De Bromhead is entertaining the prospect of going to Cheltenham in March, and said: "That was just super. He had been working really well to be honest. He is new to the yard and I did not have him long enough to know for sure but he did such a lovely piece of work the other day that I knew he was in great shape.

"He looks a genuine Gold Cup contender so it is very exciting. It is lovely to get that done and hopefully he will be okay after it. I will speak to Michael and Eddie [O'Leary].

"I do not know where he will go next. I would not imagine he will be dropping back down in trip after that today but he is still new to me and Ruby; Eddie and Michael know him better than I do. For me to start telling you what he is going to do next or where he will go would be stupid."

He had the field under pressure coming out of the back straight, but Walsh and Valseur Lido had the leader covered.

Noel Fehily was unable to answer Walsh when he made his challenge, but Nicholls' ten-year-old stuck to his task manfully, keeping on for second.

Fehily was more than happy with Silviniaco Conti's efforts, and said: "I am delighted with him. I thought he ran a fantastic race. he jumped great as ever."

Trainer Gordon Elliott was offering no excuses for Don Poli's run and said: "It is obviously a massive disappointment. He was never travelling at all. I knew we were in trouble from very early. He is slow and maybe we will have to think about the Grand National as a long-term plan now."