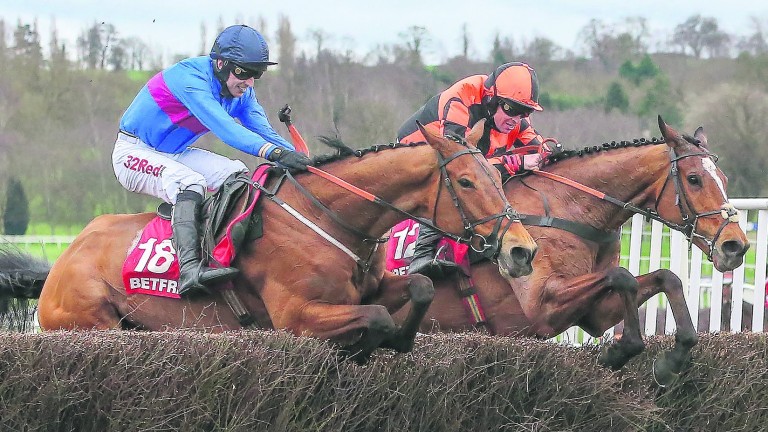 The biggest day of Uttoxeter's season hinges on an 8am inspection with the forecast a potential threat to the Betfred Midlands Grand National card on Saturday.

Clerk of the course Charlie Moore will assess conditions on raceday morning and is hopeful he can give the meeting the go-ahead.

"The track is perfectly raceable at the moment but we've had 30mm of rain in the last week and the forecast is difficult to read," Moore said on Friday morning.

"When the wind switches round to the east it could bring back the rain we had overnight or it could return as snow. It could also get down to -2C overnight but I'm hoping it will only be a slight ground frost."

One or two fences may be omitted due to standing water but an extra one will be jumped this year as the start of the £125,000 Midlands Grand National has been moved back 150 yards to help cope with the increased safety limit of 20, although only 18 runners have been declared.

Four races from Uttoxeter are due to be screened live on ITV4, which will also broadcast three from Kempton, where no problems are reported.

Officials at Newcastle have not been so lucky and Saturday's fixture was cancelled on Friday after 24mm of rain since noon on Thursday left the course waterlogged.

There was better news at Wexford, which will race on Saturday after an early-morning check on Friday, but a waterlogged Down Royal has rescheduled its meeting for Monday.

Original entries stand and fresh declarations must be made by 10am on Sunday.

Read exclusive previews of Uttoxeter from 6pm on racingpost.com

FIRST PUBLISHED 12:15PM, MAR 16 2018
The track is perfectly raceable at the moment but we've had 30mm of rain in the last week and the forecast is difficult to read