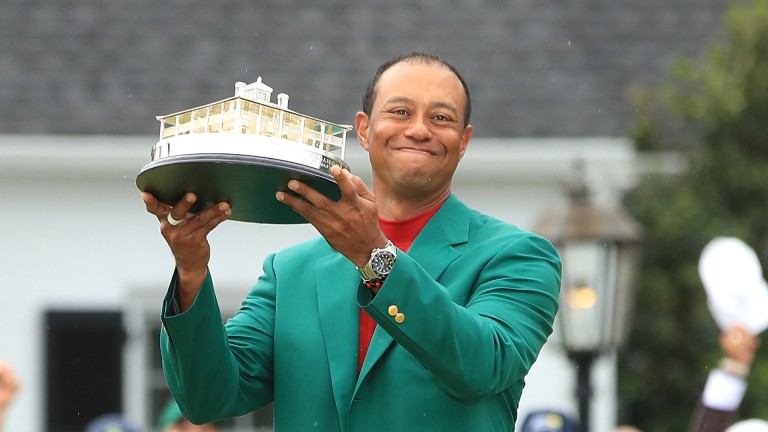 A William Hill sportsbook punter in the United States has won a record $1.19 million after Tiger Woods landed the Masters.

Incredibly, it was James Adducci’s first ever sports wager, according to the punter, and he placed $85,000 in cash on 14-1 Woods at the SLS Casino in Las Vegas.

The near $1.2m return is the most Hills’ US division has ever paid out on a single golf bet. In fact, it could be the biggest sports bet payout in the firm’s history.

Bizarrely, a victory for Francesco Molinari would have been an even poorer result for Hills.

Hills spokesman Rupert Adams said on Tuesday: “It was this chap’s first bet with us. It’s the biggest golf wager in our history, and we can’t find a sporting return of $1 million.

“However, I have to say that Tiger did us a bit of a favour by edging out Molinari, who would have been a terrible result for us.”

The big Tiger double - Tiger Roll landing the Grand National at Aintree and Woods winning the US Masters at Augusta - has left most bookmakers licking their wounds.