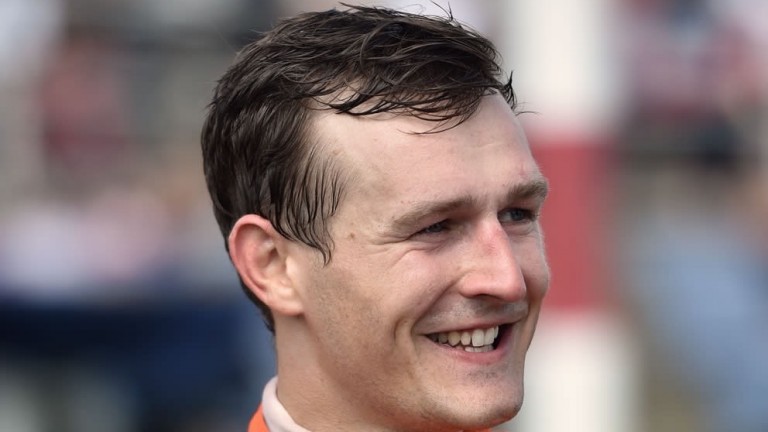 In a wonderful act of sportsmanship that mirrors John Francome's gesture to Peter Scudamore in 1982, the title-chasing Michael Mitchell has ruled himself out of this weekend's final meeting of the season in order to share the title with his injury-stricken rival Jack Doyle.

The British-born jump jockey is completing a unique double by sharing the champion jockey title in the United States, four years after winning the New Zealand title outright – and he might well have won the US title outright too but for his sporting decision.

Doyle, who is perhaps a more familiar name as he posted more than 200 winners when riding regularly in Britain until the 2014-15 season, broke his jaw on Saturday.

Explaining the circumstances of the rare tie, Mitchell said: "I got off to a great start and built up a considerable lead of six wins during the spring, only to have a quiet summer, when Jack began to close in. We were level on 16 wins from September and mixed positions until Jack gained the lead at the beginning of this month with twenty wins.

"When I won the last stakes race of the year in Georgia on Saturday I drew level again, but in the next race Jack sustained a severe injury to the jaw which ruled him out of the final meet in South Carolina next weekend, so I ruled myself out too in order to share the title with 20 wins each. We are ten clear of our nearest rival, so in no danger of being overhauled." 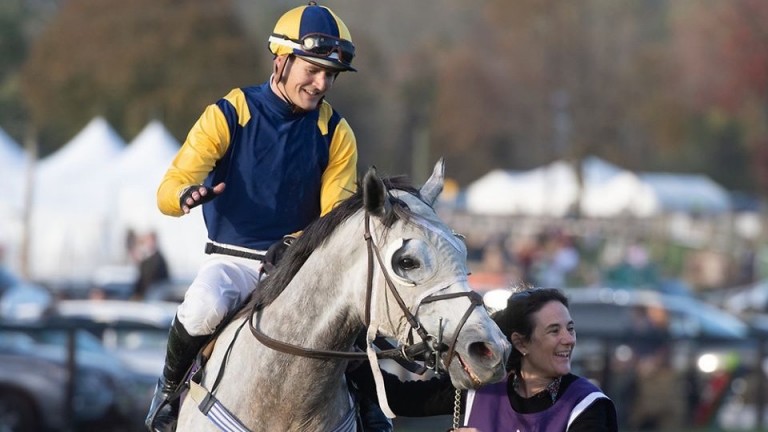 Mitchell, who is 28 and originally hails from Rugby, spent 18 months with trainer George Baker before emigrating, and he rode one winner here as an amateur, on Maslak for Peter Hiatt at Lingfield in 2012.

He left Britain for Australia with £500 in his pocket after answering an internet advertisement, before transferring to New Zealand to join Graeme Rogerson, who had multiple stables and around 160 horses. He has barely looked back.

He won 78 races in New Zealand, where jump racing is conducted on only a small scale, including the 2015 Grand National on High Forty. He then started again on the East Coast in America, where opportunities are also limited by the lack of jumps meetings, and he has ridden 41 winners there now, his 20 this year coming from only 86 rides and earning prize-money of more than $700,000.

Mitchell, who suffered serious facial injuries of his own in a fall at the Queen’s Cup meeting in North Carolina two years ago and reported that Doyle is still in hospital, said: "I felt that winning the jump jockeys’ title in New Zealand, when I won their Grand National at the end of the season, was a feather in my cap, and now to win a second title within four years, and in another foreign country, is a great privilege.

"it takes a long time to establish yourself, and then to move on and do it again is a major risk, but I’m happy to have got this far."

FIRST PUBLISHED 11:01AM, NOV 12 2019
Jack sustained a severe injury to the jaw which ruled him out of the final meet, so I ruled myself out too in order to share the title