Ups and downs: amateur David Maxwell falls off on way to start but lands Grade 3 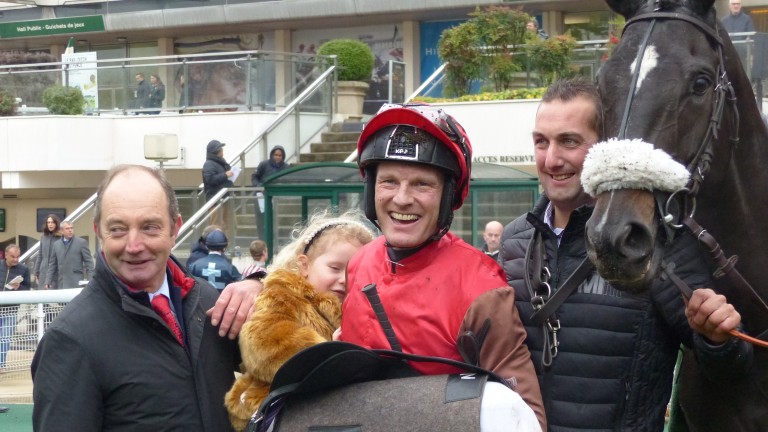 David Maxwell would freely admit he is not in racing for the chance to win Graded prizes but sometimes life just works out that way and in company with Cat Tiger that is exactly what the amateur rider did over Auteuil's fearsome chase course on Sunday.

Not that the property investor had the most glorious start to his association with Cat Tiger, a horse he had never sat on before getting the leg up from trainer Dominique Bressou in the Prix Morgex.

"He’s a real professional, though I fell off him on the way down to the start," said Maxwell. "It comes as a bit of a surprise the way you jump a fence on the way to the start here."

In Maxwell's defence, he hadn't had much time to get a feel for the four-year-old.

He added: "I'd never sat on the horse before and I only saw him for the first time on Monday at the sales. The first time I ever sat on him, I fell off him but won a Grade 3. Fantastic!"

Cat Tiger won the Grade 3 Prix The Fellow at the track in September and was bought by Maxwell and agent Guy Petit at Arqana last week for €180,000.

His targets may not be quite so elevated, although the name is worth keeping in mind.

"He’s going to Paul Nicholls and he'll run in hunter chases next season," said Maxwell. "We’ll probably keep him to hurdles this season and then hunter chases after that."

Jetsetting Maxwell out of luck in his long-range double bid