RP Sunday TEN THINGS YOU MIGHT NOT KNOW ABOUT . . . ANDRE FABRE

Untouchable on the Flat – and not too shabby over jumps 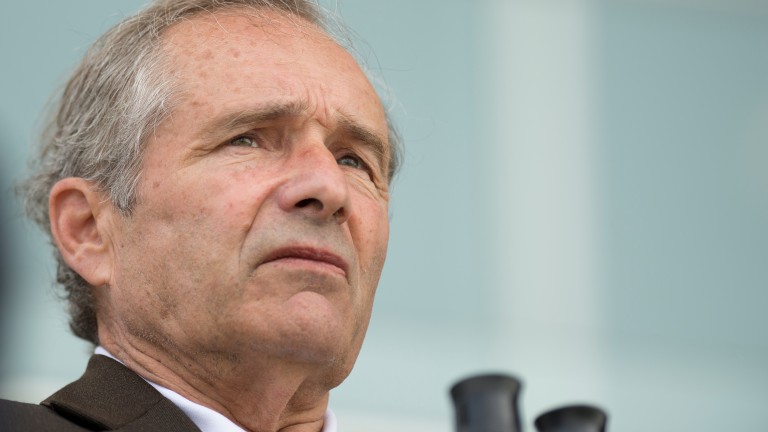 Andre Fabre has rewritten the French record books on the Flat but is steeped in the jumps
Edward Whitaker
1 of 1
UPDATED 4:52PM, SEP 27 2017

1 Andre Fabre, 71, has been French champion trainer a staggering 27 times in the last 30 years. "Fabre has no serious rival for the title 'France's greatest trainer'," says Racing Post historian John Randall. "He has dominated his colleagues in the quality of his winners like no other trainer before him, not even Francois Mathet." He has won the Arc a record seven times; nobody else has more than four.

2 Born in Spain on December 9, 1945, Fabre spent much of his youth in Berlin, where his father was a high-ranking diplomat in the French occupied zone after the war. He moved back to France to study law in 1968. "At the time I thought I was wasting my time because I knew I only wanted to work with horses," he said. In the mornings, he rode out at Maisons-Laffitte.

3 Although Fabre has rewritten the French record books for Flat racing, he is steeped in the jumps, having ridden about 250 winners, including Corps A Corps in the Grand Steeple-Chase de Paris (French Gold Cup) in 1977 for his employer Andre Adele. He worked as a stable lad and rode as stable amateur before turning professional in 1973; although he rode a winner on his first ride in the paid ranks at Nantes, he was disqualified for taking the wrong course. He once dismissed the Flat as not being macho enough – for 'danseuses'.

4 Fabre retired from the saddle in 1978, aged 32. When Adele died the same year, his owners asked Fabre to take over the licence; he saddled his first winner with Queen Of Tracy at Auteuil on March 17, 1978. Before concentrating on the Flat, he trained four consecutive winners of the Grand Steeple-Chase with four different horses – Fondeur (1980), Isopani (1981), Metatero (1982) and Jasmin II (1983) – ridden by four different jockeys.

5 While his public utterances are few and far between – especially in France – Fabre has always taken the trouble to credit his wife Elisabeth, France's first-ever female jump jockey, for her role in his towering success. "Elisabeth has an innate sense of the horse," he said. "I leave it entirely to her judgement when she interprets the imperceptible signs that make the difference between a horse in good form or poor form. She has a very special relationship with horses."

6 Amid a vow of silence dating back more than three decades, Fabre does not speak to the French racing press. Although the precise reasons for the rift are clouded in the mists of time, it has been reported to stem from a row with Paris-Turf early in his Flat training career in which a lesser trainer was allowed space to cast aspersions on the basis of Fabre's success. Think Martin Pipe over jumps; it was probably hard for them to accept that the 'Little Napoleon' was simply better than them. 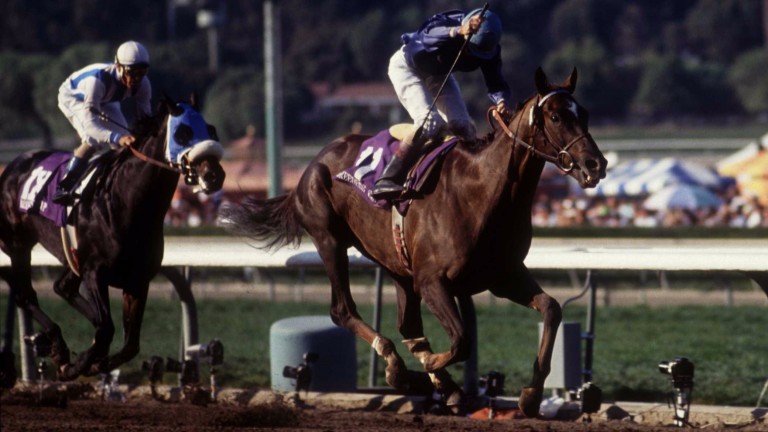 Breeders' Cup stunner: the 133-1 chance Arcangues (Jerry Bailey) beats Bertrando to become the longest-priced winner in the event's history in 1993
J.D. Cuban (Getty Images)
7 Arguably Fabre's finest hour came at Santa Anita in 1993 when he saddled Arcangues to win the Breeders' Cup Classic. At 133-1, he remains the longest-priced winner in the event's history and is still the only non-American-trained horse to win the nation's most prestigious race on a dirt surface. "I agreed to ride Arcangues simply because it beat the alternative – which was to watch the race in the jocks' room," said jockey Jerry Bailey. Fabre's North American runners never run on Lasix or Bute.

8 Sheikh Mohammed has been on Fabre's roster of owners since 1986, despite stories that the trainer issued a blunt response when informed the nascent Godolphin operation wanted to take Pennekamp to Dubai at the end of his unbeaten two-year-old campaign. "If he goes, they all go," is said to have been Fabre's response. Pennekemp did not go: he beat Celtic Swing in the 2,000 Guineas before breaking down in the Derby. Fabre, meanwhile, has trained a string of horses for Godolphin for several seasons, including Group 1 winners such as Territories, Ultra and Cloth Of Stars. 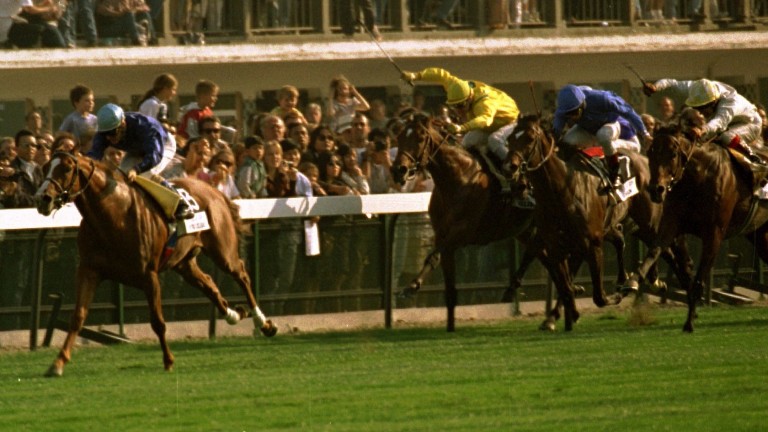 The outstanding Peintre Celebre wins the 1997 Prix de l'Arc de Triomphe by five lengths
Phil Smith (Sporting Life)
9 With an official rating of 137, the best horse he has ever trained is Peintre Celebre, a five-length Arc winner in 1997; he is one of three official world champions with Hurricane Run (130 in 2005) and Manduro (131 in 2007).

10 Although Fabre is one of just three current trainers to have won all five British Classics alongside Sir Michael Stoute and Aidan O'Brien, his record in the Derby was somewhat chequered before Pour Moi scored in 2011. From eight previous runners, Visindar's fifth in 2006 was the best placing he had achieved; five of those eight did not even finish in single figures.

FIRST PUBLISHED 6:00PM, SEP 23 2017
He has dominated his colleagues in the quality of his winners like no other trainer before him, not even Francois Mathet

'I was caught by the dream – and it's gone on to become a compulsion' The drugs bust, the stun gun and the most extraordinary Royal Ascot finish 'Life moves on' - Sir Michael Stoute looks forward after his most painful year Alastair Down is invited into the wonderful world of the truly unique Derby hero Here's to you Doc, a great and dynamic broadcaster Steve Cauthen: 'I was bulimic at times - and at some point you crack'