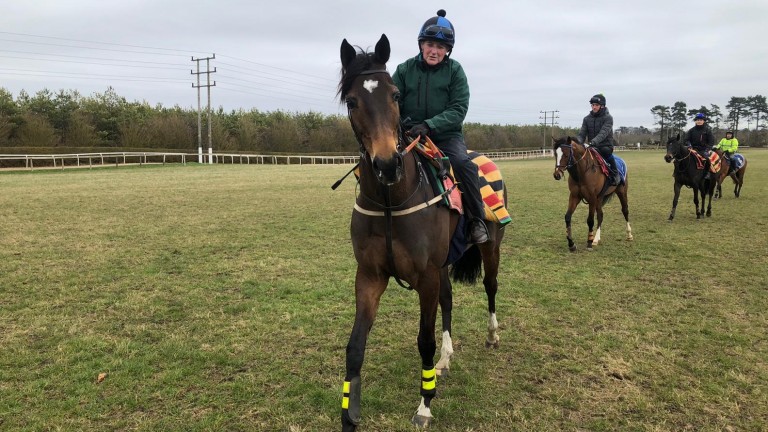 The Flat season would ordinarily be bursting into life in Newmarket with the Craven meeting later this month but instead stable staff in the town are having to adjust to life with the handbrake on.

Home to 76 training yards, Newmarket is the largest training centre in Britain and, with a high volume of horses to look after, there has been an effort to adhere to government coronavirus guidelines.

This has led to bans on outside visitors to yards, increased hygiene measures, such as the use of hand sanitiser, and social distancing within the yard and vitally, when working horses on the Heath.

Liz Mullin has worked as head girl to Gay Kelleway for 15 years and relishes the dual responsibility of looking after her staff and horses.

"If you've got happy staff, you've got happy horses," she says. "I just hope it doesn't go on too long as people will get down. We all want to see the horses racing but saving lives is more important.

"It's come at a bad time for us because the yard was in great form but it's just one of those things. I always look after our people but for me the horses come first. That's why I go in every weekend."

The 66-year-old, who joked about her aversion to taking days off, remembers the experience of working during foot and mouth, and adds: "This is worse. I think it's going to go on a lot longer." 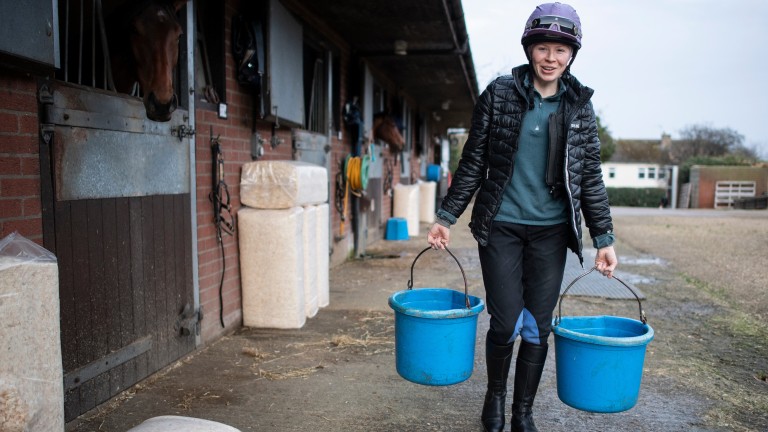 Rosie Margarson, who works for her father George, at Graham Lodge Stables in Newmarket
Edward Whitaker

Most yards had been priming their horses for the season before racing was cancelled but staff such as Rosie Margarson, who works for her father George, are determined to look on the bright side.

"We're incredibly lucky that we are out of the house for half the day," says Margarson. "We get to do so much with our morning and we can chill out in the afternoon, usually by watching Netflix.

"People were initially a little bit scared but all the staff have pulled together. The show will be back on the road before we know it. In the grand scheme of things we may also have a stronger bunch of juveniles as we've been able to spend more time on them.

"We're just keeping things ticking over and it feels quite strange. You're usually looking at an end goal so it can be a bit demotivating when that is taken away but it's just the way it is.

"The horses are a major motivation and are maintaining their welfare. It would not be good for them to dramatically change their routine. A lot of them wouldn't cope as they thrive on structure."

One of the main adjustments work-riders have had to make is maintaining a safe distance when exercising horses on the Heath.

"The staff are doing their bit to adhere to social distancing in and out of the yard," says Oz Wedmore, who rides out for Roger Varian. "You can't get away with anything on the Heath which is a good thing because everybody has the rules in the back of their mind."