Unexposed Give Me A Copper out to show his mettle 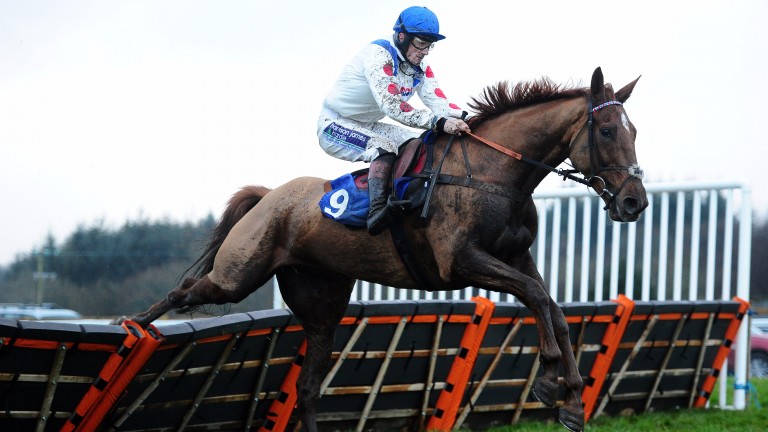 Barters Hill won this a year ago before going on to finish fourth in the Albert Bartlett Novices' Hurdle at Cheltenham and the Festival trail starts here for many of these, including the unbeaten Give Me A Copper who is 16-1 chance for the same contest.

Paul Nicholls knows what it takes to win this having landed it twice before, most recently with Rocky Creek in 2012, and Give Me A Copper was not stopping over just shy of this trip when making a winning start over hurdles at Exeter last month.

Top on official figures in the ten-runner line-up is the 139-rated Strong Pursuit who steps up markedly in class after successive novice hurdle wins at Wincanton and Hereford.

The market has been a good guide to this in recent years with 2016 hero Barters Hill (4-7) one of six favourites or joint-favourites to win in the last ten years.

Subsequent Grand National winner Neptune Collonges took this prize in 2006 when it was staged at Wetherby.

Nicky Henderson, trainer of Constantine Bay
I'm nervous to hear the ground is quickening up as I can't believe he wants good to firm. He is on a big upgrade and is progressing all the time. Everything he does he gets better and better.

Alex Hales, trainer of Duel At Dawn
We couldn't have asked for any more than how he won over course and distance last time, and the owners were keen to go for this better race rather than head to Bangor on Monday. He beat a horse rated 131 by 16 lengths that day so is entitled to take his chance and he's improved at home since then.

Alan King, trainer of Dingo Dollar
This Grade 2 is a big step up in class for him, but he won well at Bangor and we need to find out whether Cheltenham is a realistic aim.

Anthony Honeyball, trainer of Fountains Windfall
Even though he was beaten 13 lengths in the Lanzarote Hurdle at Kempton last time we were pleased with his run and this trip of three miles on good ground should be perfect for him. We were keen to have another stab at another black-type race instead of a handicap and he should run a nice race.

Paul Nicholls, trainer of Give Me a Copper
He won his only start for us at Exeter. He is a nice horse but obviously it's another step up. He wouldn't mind some rain overnight.

Hughie Morrison, trainer of Major Mac
The owner doesn't want to mess about in handicaps so we are giving this a go but we are on a fact-finding mission to see if he's good enough. Three miles and decent ground should suit him.

Tom George, trainer of Minella Aris
He needs good ground and a left-handed track like this so there aren't that many options for him. He won nicely last time although it was a lesser race and we see him as a chasing type in time.

Philip Hobbs, trainer of Strong Pursuit
We think this trip of three miles will suit him and we'll see if he's good enough for Cheltenham or not.

Dan Skelton, trainer of No Hassle Hoff
He ran well to be third at Cheltenham last time where a stronger pace may have suited him better as he was staying on at the finish. It's another competitive Grade 2 but there's no reason why he can't run creditably.

Kerry Lee, trainer of Happy Diva
She was due to go for the mares' hurdle at Huntingdon but that was lost so she's taking on the boys. I'm delighted we have Brian Hughes as he's in great form at the minute. On the figures – Racing Post Racings, Topspeed and official ratings – she comes out on top but it's a huge step up in class into a Grade 2 so we have to respect the opposition. We're still finding our way as to her best trip and we'll see what tomorrow brings before making plans for Cheltenham.