Under the radar: three smaller trainers to follow at the Dublin Racing Festival 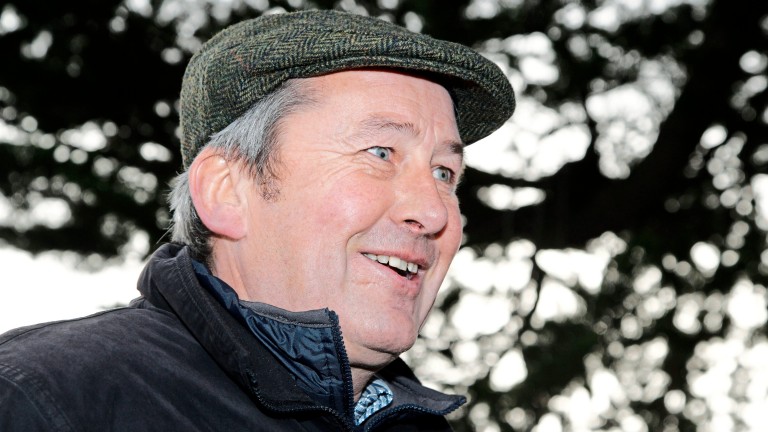 There are eight Grade 1s and more than €1.8 million up for grabs at the Dublin Racing Festival at Leopardstown this weekend, with horses like Footpad, Le Richebourg and Apple's Jade expected to hog the headlines for powerful connections.

However, there are some lesser-known trainers looking to upset the established order by making an impact on the big stage with their own stable stars. Here are three to watch out for . . .

Pat Fahy has had some superb horses through his hands, including stars of the calibre of Butches Boy, Mariah Rollins, Publican and Morning Assembly, and the 58-year-old is in little doubt he's dealing with the next big thing in Dunvegan.

A dual bumper winner, Dunvegan bolted up in a Fairyhouse maiden hurdle in December, after which some shrewd judges complimented the six-year-old who Fahy is hoping can successfully make the transition to Grade 1 company in the 2m6f novice hurdle on Saturday. 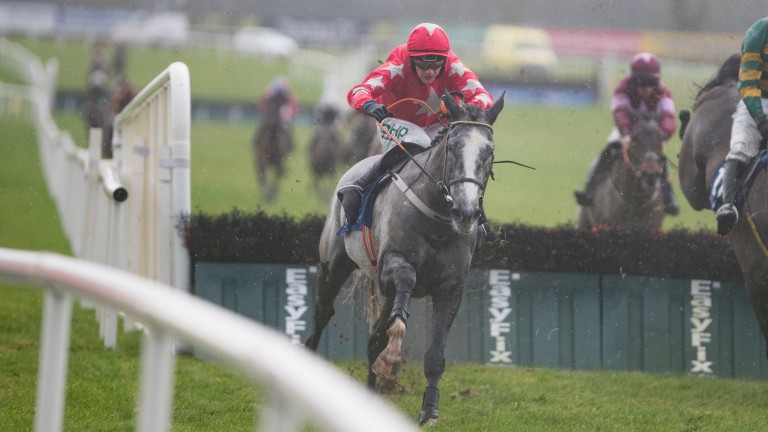 Dunvegan: "I think the absolute world of him"
Patrick McCann

He said: "Dunvegan goes for the Grade 1 over 2m6f. I think the absolute world of him. But don't mind what I think, if half the trainers who came up to me after he won at Fairyhouse are even half right, well then he's a machine.

"He's just gone from strength to strength and we think he's the real deal and that he's top class. We'll just have to see him against Grade 1 horses now and we'll know for sure.

"But I'd be confident if the real Dunvegan shows up and the ground is safe, he'll be in the mix. I'd be very disappointed if he didn't go close. I would be amazed if he didn't and I’m expecting him to be the real deal."

Fahy also has Hilly Way Chase winner Castlegrace Paddy to look forward to this weekend. The eight-year-old ran well when fourth to Simply Ned in the 2m1f Grade 1 over Christmas and Fahy is expecting a good performance in the Ladbrokes Dublin Chase if the ground comes up on the softer side of good.

He said: "If Castlegrace Paddy stays healthy and the ground is safe, he’ll go for the Grade 1 Ladbrokes Dublin Chase. He’s tanking at home and the signs are that he’ll run well."

While Fahy is happy with his stable stars, he warned the overall health of some of his string isn’t pleasing him.

He said: "Castlegrace Paddy and Dunvegan seem fine but there’s plenty of bugs running through a few yards, which is worrying.

"A few of them are showing signs of excess discharge, which can lead to snotty noses and even infections, and I had a horse [I'mstillyourbaby] that was meant to run in a bumper at Naas on Sunday but didn’t as I didn’t feel he was quite right.

"It’s just something that’d be in the back of your head but, as I said, Castlegrace Paddy and Dunvegan are A1." 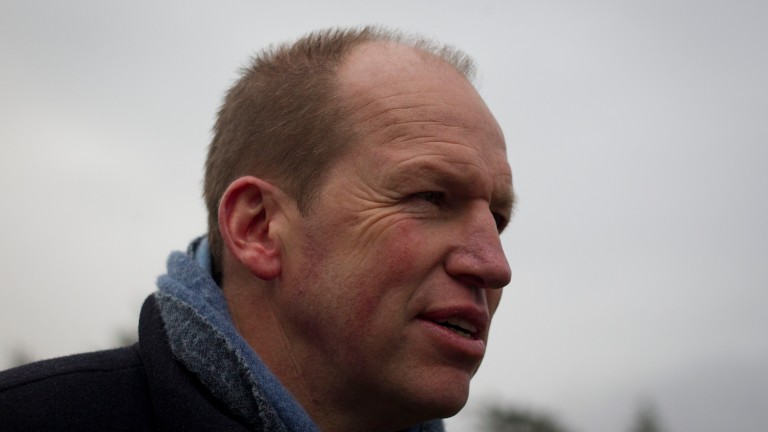 Hopes have always been high that Articulum would one day prove himself a Grade 1 performer. His Cork-based trainer Terence O’Brien has had to be patient with the giant nine-year-old, who endured his fair share of training problems before breaking his duck over fences at Naas earlier this month.

The Irish Arkle is next up for Articulum and while O’Brien describes his charge as a "crazy price", he’s hoping the bookies who have chalked him up as low as 7-1 are right after all.

O’Brien said: "He’s in good form and I’m happy with him. Going into the Arkle after winning a beginners’ chase, I’m not sure if he’s capable of making the jump, but he’s going to take his chance.

"By right I should run him in the 2m handicap but theArkle has a chance of cutting up so we’ll go there I’d say. He’s a crazy price if you ask me. I hope the bookies are right but we’re not underestimating the task at hand."

Derrinross has improved at a rate of knots for Philip Dempsey this season, following up his Grade 3 win at Cork with a Grade 2 victory at Limerick.

Dempsey has designs on running his improving stayer in the Albert Bartlett at Cheltenham but could take in the Grade 1 2m6f novice hurdle at Leopardstown should the heavens open between now and Saturday.

The trainer said: "He’s ground dependent but he’s come out of his races very well this season. He gets an entry in the Albert Bartlett and he’s also in the Grade 1 over 2m6f at Leopardstown but it’d want to be soft for him to go there. Hopefully the rain will come. If it turns up soft that’s where we’d love to be."

FIRST PUBLISHED 11:10AM, JAN 28 2019
If half the trainers who came up to me after he won at Fairyhouse are even half right, well then he's a machine