Under the radar: six longer-priced selections for the Cheltenham Festival

You won't get much kudos tipping Altior, Buveur D'Air or Samcroto your mates down the pub, so which horses at bigger prices are worth noting? The Racing Post's team of experts lend a helping hand

Hehas been revitalised by the recent switch to Richard Spencer's yard, winning his last two starts in extremely game style.The race he landed at Market Rasen is working out, while he came up the hill really well at Kelso last time to edge out the useful Cultram Abbey. He doesn't have much to find on the figures with the market leaders and there's no reason why he won't continue to improve at the age of seven.

Not sure you can call this one a dark horse as he is a festival winner, but he is currently 20-1 for the County having gone off favourite for itlast year, and for the Triumph the year before, which he won. He was sixth in the County last year having done much of the donkey work behind a runaway leader and wasn't beaten far. Now 2lb lower, he can go close again - and don't worry about his shocking run last time as it has been a similar story for the last two years and he is simply a different beast altogether when getting decent ground.

The last mare to land this contest was Loving Around in 1996, but not many have tried since and Anthony Honeyball's stamina-laden seven-year-old looks the ideal type for the race. A course winner over2m5f in December, she has since shown that longer trips suit better and the possibility of soft ground on the opening day is a boost to her chances.

He benefited from the application of blinkers and a tongue tie, both for the first time, when delivering a career-best performance at Leopardstown on his most recent start, coming from off the pace to win a competitive handicap chase easily by nine lengths. He also performed creditably at the festival last year when fifth behind Tully East in the Close Brothers Novices' Handicap Chase. An improver, the Liz Doyle-trained seven-year-old can make an impact in whichever handicap he contests.

The Albert Bartlett has a history of being won by something out of left field and Paisley Park looks an interesting outsider this year. On his second start trainer Emma Lavelle put him in the Grade 2 Leamington Novices' Hurdle at Warwick - often a good festival guide - and he ran well to be second to Mr Whipped. He was slightly disappointing at Doncaster next time but the experience should have brought him on and he looks capable of better if he gets his chance. Three miles on decent ground should suit him well.

His last two runs may not have been great but they came at a time when the Colin Tizzard stable as a whole was struggling. But go back to his form in the autumn, when he won twice at Cheltenham, and he is no 33-1 shot. When winning there at the November meeting he defeated Summerville Boy by three-quarters of a length, and that one went on to win the Tolworth subsequently - beating Kalashnikov in the process. If the ground is reasonable and there is a good pace to aim at he could surprise a few in the curtain-raiser on Tuesday.

Our experts are ready for Cheltenham. Are you? Join Members’ Club Ultimate on a one-month free trial using promo code CHELT18 and enjoy the full daily newspaper with our new digital newspaper and video race replays for all 86 courses in Britain and Ireland.Find out more here 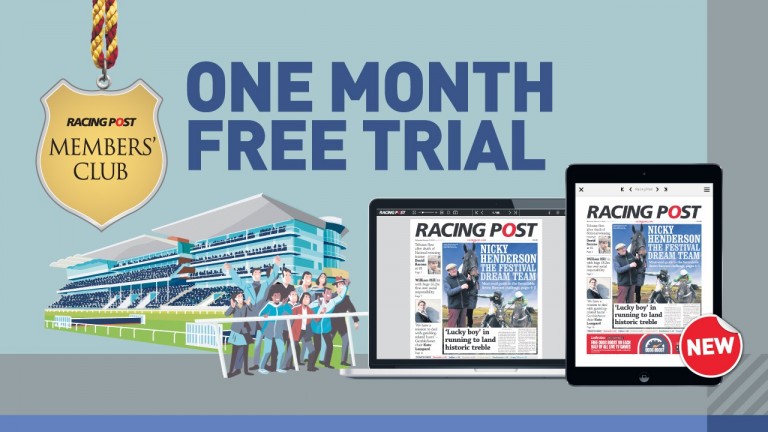 FIRST PUBLISHED 11:45AM, MAR 3 2018
He could surprise a few in the curtain-raiser on Tuesday