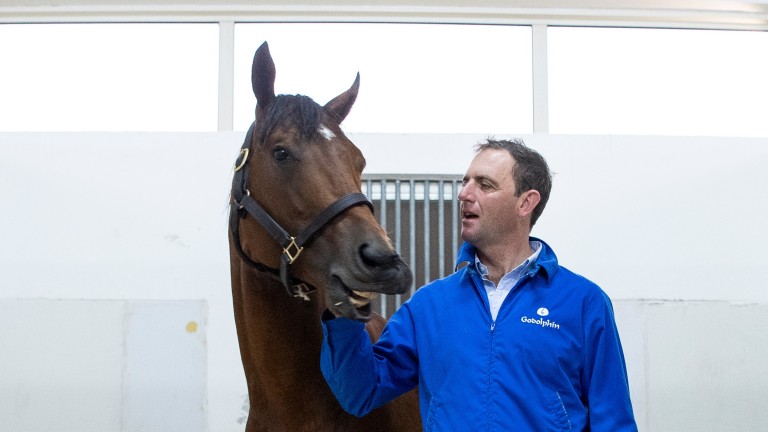 Quorto pictured in Dubai with Charlie Appleby, who is eyeing up the top mile events in 2020 for his unbeaten star
Edward Whitaker
1 of 1
By David Milnes UPDATED 5:15PM, AUG 28 2019

The long-absent Quorto is making a steady recovery from the injury that ruled him out of the Classics in the spring and trainer Charlie Appleby is already looking to the top mile races in 2020 with his unbeaten colt.

The son of Dubawi, who last appeared nearly a year ago when beating subsequent Derby winner Anthony Van Dyck in the Group 1 National Stakes at the Curragh, suffered a setback at a winter training camp in Dubai in March, which scuppered plans to run him in the 2,000 Guineas.

Quorto, who scored by a length and a quarter in the National Stakes, had previously won a 6f novice and the Group 2 Superlative Stakes over seven furlongs, both at Newmarket, last summer.

After being transferred back to Appleby's Moulton Paddocks in the spring, Quorto has spent plenty of time on the treadmill but has recently returned to being ridden under tack and could reappear at the end of the year. 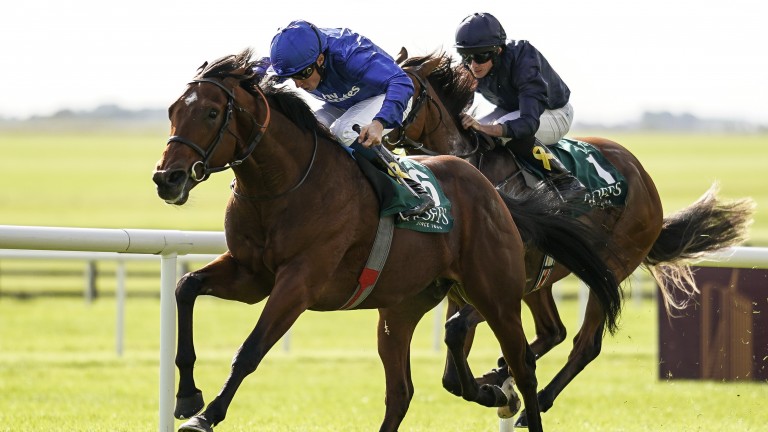 Appleby, who has the exciting Pinatubo pencilled in for this year's Group 1 National Stakes, said: "Quorto is progressing nicely in a training regime that involves a combination of being on the treadmill and being ridden under tack around the place.

"If he continues to go in the right direction we could squeeze one run into him at the backend of the season. He'll probably winter in Dubai again but won't run out there and the long-term plan would be to target those nice mile races with him in 2020."

More immediately, Appleby has the promising juvenile Al Suhail in the Group 3 Betway Solario Stakes at Sandown on Saturday, a race he won two years ago with subsequent Derby winner Masar.

He said of the recent Yarmouth winner: "Al Suhail has come out of the Yarmouth race in good shape and we think the track at Sandown will suit him as he's a free-going sort. He's had two runs on straight tracks and now we'll see him around a bend."

FIRST PUBLISHED 3:16PM, AUG 28 2019
He'll probably winter in Dubai again but won't run out there and the long-term plan would be to target those nice mile races with him in 2020

Fury and frustration but also an abundance of smiles on a vintage Champions Day Creative Force breaks Appleby's Champions Day duck with sublime sprint success Can Adayar go from Arc fourth to Champion Stakes winner in 13 days? Derby hero Adayar gets green light to run in the Champion Stakes on Saturday Extra furlong in 2,000 Guineas can only help cause of top-rated Native Trail Peslier relishing return to Ascot with The Revenant primed for QEII defence