Unbeaten hurdler On The Blind Side to miss Cheltenham Festival 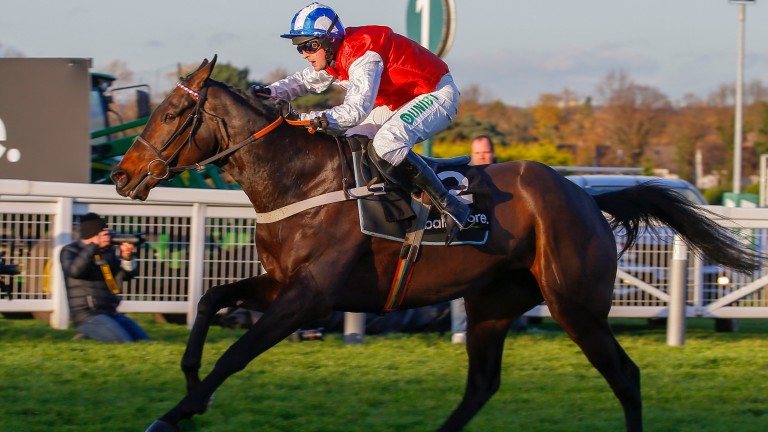 Britain's leading Ballymore Novices' Hurdle hope On The Blind Side will miss the Cheltenham Festival, Nicky Henderson revealed on Saturday.

Speaking at a preview night at Sandown racecourse, Henderson said: "On The Blind Side is not going to Cheltenham for the Ballymore. He is staying at home but I hope he will run again this season."

On The Blind Side joined Henderson a year ago after he was bought for £205,000 for owner Alan Spence after winning a point-to-point in Ireland.

Mike Spence, son of owner Alan tweeted: "Disappointing day. On The Blind Side misses Cheltenham. A small muscle issue means Cheltenham comes too soon this year. Hopefully Aintree is still on the cards but whatever happens he will be a better horse over fences and he's got a massive future ahead of him."

On The Blind Side won a maiden hurdle at Aintree on his stable debut in October and built on that performance with successive Grade 2 victories, the latest at Sandown in impressive fashion.

He had been a top price of 6-1 in a market headed by the highly touted Irish star Samcro, who was shortened to 4-6 from 8-11 by Paddy Power.