Unbeaten Cilaos Emery out to stake his Supreme claims for Mullins 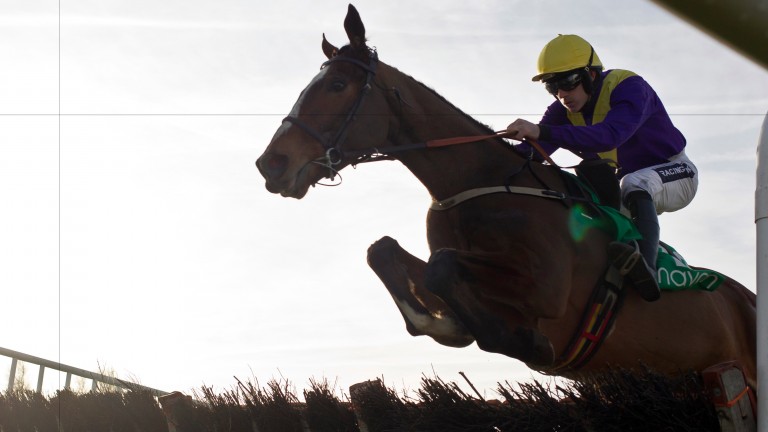 Before Melon was served at Leopardstown last Sunday, Cilaos Emery looked like he might be the chosen one from Closutton to spearhead Willie Mullins' Supreme attack. His thunder might have been stolen, but victory on Sunday would surely get everyone back talking about him.

Cilaos Emery followed up his narrow success in a bumper at Sunday's venue by registering a silky smooth success in a maiden hurdle at Navan in mid-December. That race has worked out well too with the runner-up, Joey Sasa, now rated 139. If the unbeaten five-year-old can make it three from three then a ticket to the Supreme will be booked.

Mullins is also represented by the exciting Camelia De Cotte. So big was her reputation after arriving from France that she was sent off at 1-5 for her Irish debut at Tramore in December. She did not disappoint either, storming clear after the last to beat Blazes Peg by 15 lengths. She could be very useful indeed.

Mick Jazz has some solid handicap form on his CV. He was third of 17 in a €100,000 handicap hurdle at Fairyhouse on his most recent start, despite being hampered by the fall of Campeador at the last. Man of the moment, Jack Kennedy, will be on board.

The second string to Elliott's bow is the JP McManus-owned Sire Du Berlias who has his first start on Irish soil having won narrowly at Compiegne on his final start in France.

This has been the trickiest of puzzles for punters to solve in recent years. There has been no winning favourite at all in the last decade and last year Myska trailed in last of the five runners despite being sent off at odds of 8-13.

Noel Meade, trainer of Art Of Security
If his rating is right then we haven't a chance but we are keen to find out where we stand with him. It is a hot race but he seems to be in very good form.

Gordon Elliott, trainer of Mick Jazz and Sire Du Berlais
Mick Jazz has done well since joining us. He ran nicely in a hot handicap at Fairyhouse, where he was impeded at the last, and seems in good order. This will tell us a lot about Sire Du Berlais who is making his first start for me.

Willie Mullins, trainer of Cilaos Emery and Camelia De Cotte
Cilaos Emery was very impressive at Navan. He’s entered for the three novice hurdles at Cheltenham and he’s one we like a lot. He’s going back to the track where he won his bumper in April and is in good form. We’re looking forward to see how he gets on. This will be a much stiffer test for Camelia De Cotte and we’re going to find out how good she is. This will decide what route we’ll take with her.

Henry de Bromhead, trainer of Montana Belle
She was very good last time at Fairyhouse and I could not have asked for any more from her. This will tell us where we stand with her as it looks a very good race. She's in great form at home.

FIRST PUBLISHED 6:00PM, FEB 4 2017
He’s entered for the three novice hurdles at Cheltenham and he’s one we like a lot