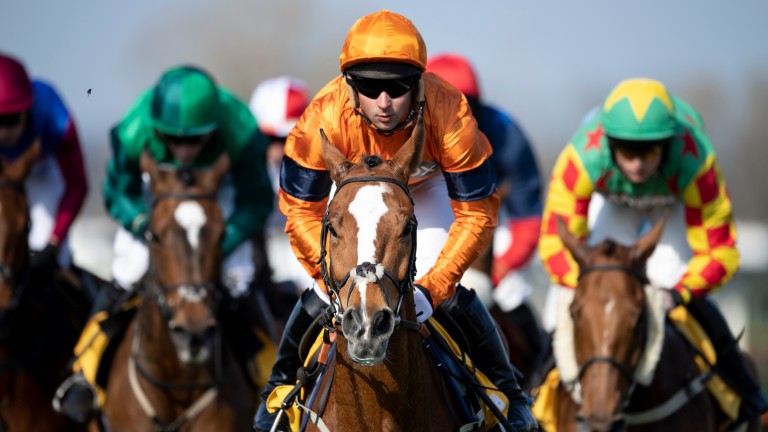 While Britain waits for word from Prime Minister Boris Johnson on Sunday, Sam Spinner has just emerged from lockdown and is ready to embark on the plan to get him back to work.

The unbeaten chaser had to undergo four months of box rest and rehabilitation after suffering a pelvis injury that ruled him out of the RSA Chase at Cheltenham.

But he is now out in the paddock at Jedd O'Keeffe's Highbeck Stables in Middleham and could be back in action as early as October, pandemic willing.

Sam Spinner (left) very happy to get out in a little paddock for the first time after 4 months rehab with his best pal Mr Scrumpy - great to see. pic.twitter.com/LuXtYs2OqZ

"He had plenty of box rest, hand walking and then horsewalking and now he's finally managed to get out in a very small paddock for the first time," O'Keeffe said on Tuesday. "He was thrilled but he was very sensible, he's not a crazy horse thankfully.

"His pelvis was scanned on Friday and the vet was thrilled with it, he said it looked better on the scan than he expected, so all is good.

"When he comes back into training we've got various other bits of rehab to do, to make sure we get him built up where he lost muscle with the injury, to get him flexible and loose. It might be that his action will have changed a little bit so we may have to teach him to enjoy galloping pain-free again."

Sam Spinner, runner-up in the Stayers' Hurdle at Cheltenham in 2019, was last seen winning a Grade 2 novices' chase at Doncaster and is due back in training on July 1.

"If we have no setbacks and it's all straightforward it would take about 12 weeks to get him fit," O'Keeffe said. "That would take us into October, when we hope the jumps season will get going properly.

"We haven't set any targets and he's not going to be easy to place because of his handicap mark and his relatively limited experience over fences. But he's got an unblemished record over fences, he was getting the hang of things every time he ran and we were excited about him – I still like to think he'd have performed very well in the RSA."

O'Keeffe is itching for racing to resume but stressed: "We're the lucky ones, we're working and we're out every day with something to do.

"We've managed to protect the majority of the staff's jobs. Some of the owners with their own facilities have taken their horses home, which we totally understand, but by and large we've still been very well supported. Like all trainers we're desperate for racing to get going again, but only when it's the right and proper time." 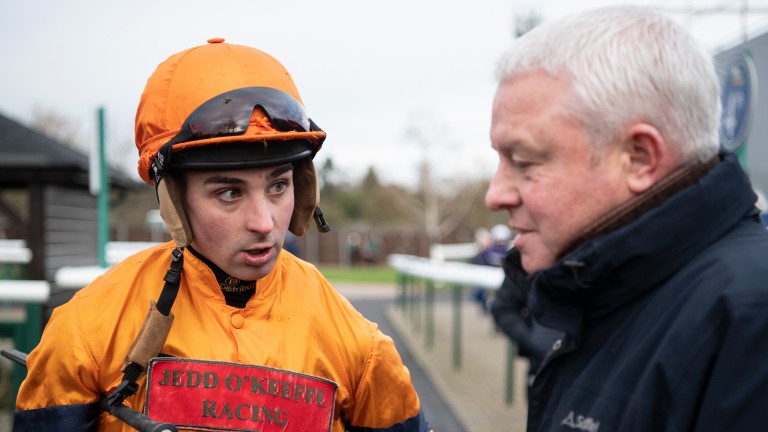 O'Keeffe accepted full blame after being fined £750, deferred for six months, by the BHA disciplinary panel on Monday after the wrong horse was sent to Lingfield last December.

"We bought two horses at the sales at Newmarket last autumn and they came back to the yard before I got back and they were mixed up," he said.

"I normally scan every new horse that arrives and check its markings and it was such a busy time of year I simply forgot to do it.

"It was completely my fault, an administrative error, but we've put in any number of systems since then to make sure it doesn't happen again."

FIRST PUBLISHED 1:29PM, MAY 5 2020
He's got an unblemished record over fences, he was getting the hang of things every time he ran and we were excited about him