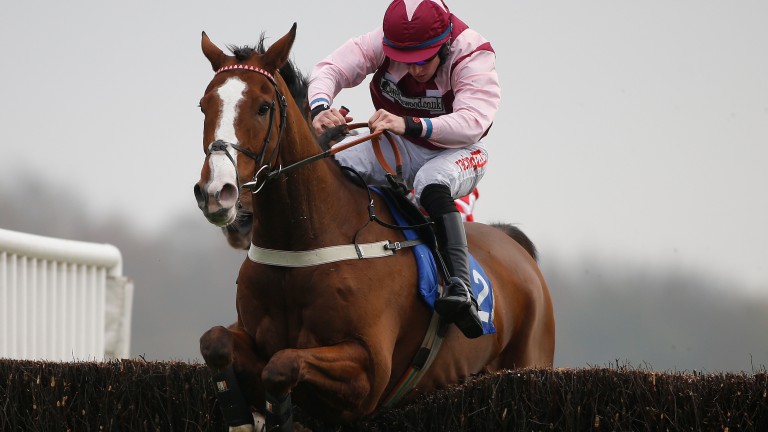 Small but select sums up the history of this staying chase. No renewal in the last six years has had more than eight runners but each of the last six winners has gone on to run at the Cheltenham Festival, including last year's hero Blaklion, who won the RSA Chase.

There is every chance the sequence of Festival contenders will be maintained as this is another small field brimming with talent.

Emerging Force is unbeaten as a chaser after two starts over fences and trainer Harry Whittington said: "He's always better off a six-week break and is very fresh and well. He schooled really well on Thursday morning.

"He's running here rather than Doncaster [on Saturday] to find out whether the track suits him with a view to later in the season and where we go. He stays well and is better on better ground."

Nicky Henderson saddles Laurium, who was no match for Emerging Force on his chasing debut when beaten into third over 2m4f at Hereford but came into his own when stepped up in trip at Exeter last time.

"Emerging Force has been very impressive both times and I expect him to be hard to beat but it was two and a half miles at Hereford and David Bass said to step Laurium up in trip. He was 100 per cent right as he jumped really well going that half-stride slower over three miles," said Henderson.

Paul Nicholls has won four of the last eight runnings and has another likely type in Arpege D'Alene, who won at Aintree last month in a race in which all the fences in the straight were omitted because of the low sun.

Nicholls said: "We put the blinkers on at Aintree to sharpen his jumping up but it turned out more of a Flat race than a jumps race and he won very well.

"He's got loads of ability and was second in the Pertemps. The track should suit him but he needs to jump well."

Singlefarmpayment gets weight from the penalised runners which puts him right in the mix on official ratings and his trainer Tom George said: "He ran well at Ascot which I thought was solid form and he has won round Cheltenham. He is a true stayer and the track plays to that strength."