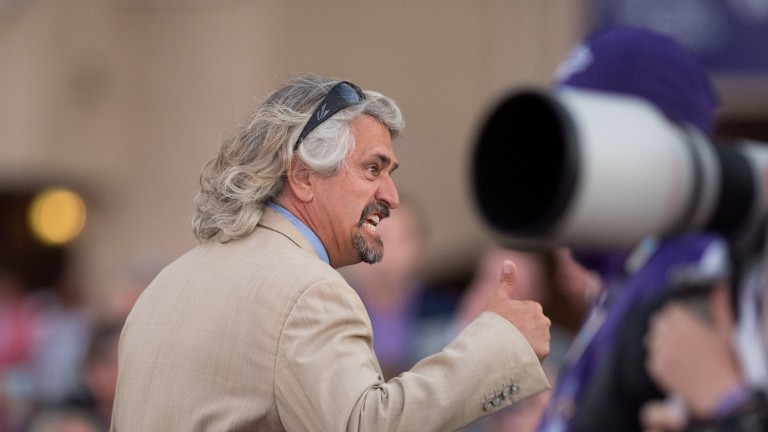 Steve Asmussen has a pleasant dilemma on his hands after Basin led home a one-two-three for the trainer in the Grade 1 Runhappy Hopeful Stakes for juveniles at Saragota on Monday night.

It turned out to be little more than a procession for the unbeaten Basin, who took over from the leaders up the home straight for a six and a half length success over stablemates Shoplifted and Gozilla. It was a first top-level victory for the son of Liam's Map, who was following up a course victory on his debut in July.

Asmussen told bloodhorse.com: "It's a huge win. He's very talented and hopefully the racing gods will continue to smile on him. It's obvious he's not short on talent."

"Those were three very talented horses and hopefully that was the last time they have to run against each other for a while. Who knows, though? They may meet again soon.

"We had an idea going in about what would be next for them, and the responsibility now lies with how they come out of it and how they get back to the racetrack."

Two unseats at the start of the Grade 1 Runhappy Del Mar Futurity ensured a dramatic close to Del Mar's concluding day of racing for 2019 in which Nucky survived a stewards' inquiry to lead home a one-two for trainer Peter Miller.

Eight Rings, sent off the 1-2 favourite, jinked sharply early on which resulted in jockey Drayden van Dyke unseating as well as causing Flavien Prat to fall from Storm The Court. Horses and jockeys were reported to be unscathed afterwards. 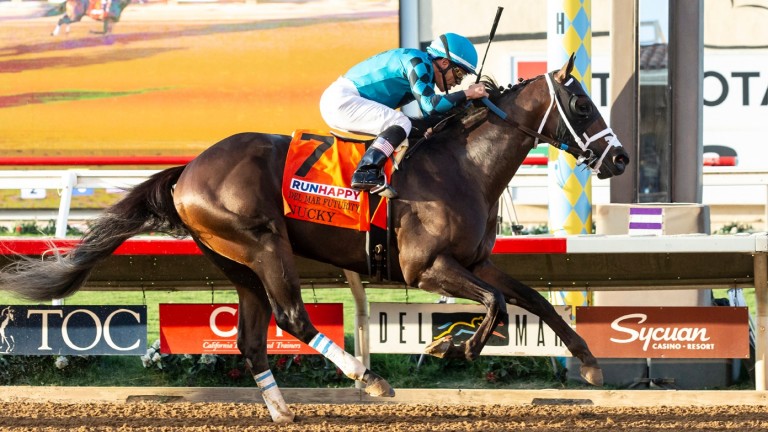 After the incident-packed start to the 7f contest, Nucky took the lead on the home turn to register a two and three-quarter length success.

Miller said. "You never want to see any horse or rider go down. I don't know what happened, but after that, we won clear.

"I wasn't worried [about the inquiry]. They bumped slightly, but Ginobili [fourth] was tiring. To finish one-two in the Del Mar Futurity, for me, I mean it's just incredible under any circumstances."

FIRST PUBLISHED 9:51AM, SEP 3 2019
He's very talented and hopefully the racing gods will continue to smile on him. It's obvious he's not short on talent