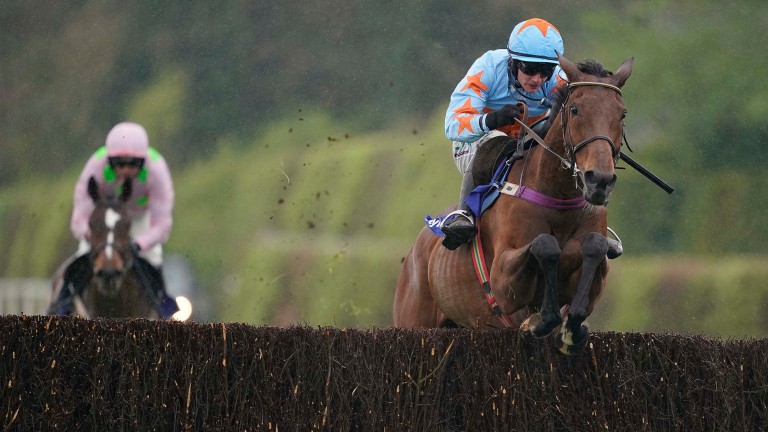 The gutsy and popular 11-year-old, who has won 23 of 32 starts in his glittering career, was in the perfect position from the outset on his return to the minimum trip and never looked in danger, winning by four lengths at 11-4. Min finished 38 lengths clear of third-placed Castlegrace Paddy.

It was a tenth Grade 1 triumph for the O'Connell family's sprightly warrior, who became the first back-to-back winner of the race since it became a Grade 1.

For trainer Willie Mullins, this was a third success in the race in the past five seasons following Felix Yonger (2015) and Un De Sceaux's success 12 months ago.

Townend said: "He felt dead under me at the start, but once we came in to face the tape he came alive, as he usually does. It was fantastic for him to put up a performance like that again. None of us are getting any younger, but this lad still has it.

"I asked him plenty of questions and we were too long going to the last, but he was clever, got in and got to the other side.

"I was doing the rain dance all last night and he's put in a proper performance today."

Mullins said: "The rain that arrived helped as I thought the ground might be too good for Un De Sceaux. He's a remarkable horse to still have so much energy and enthusiasm at his age." 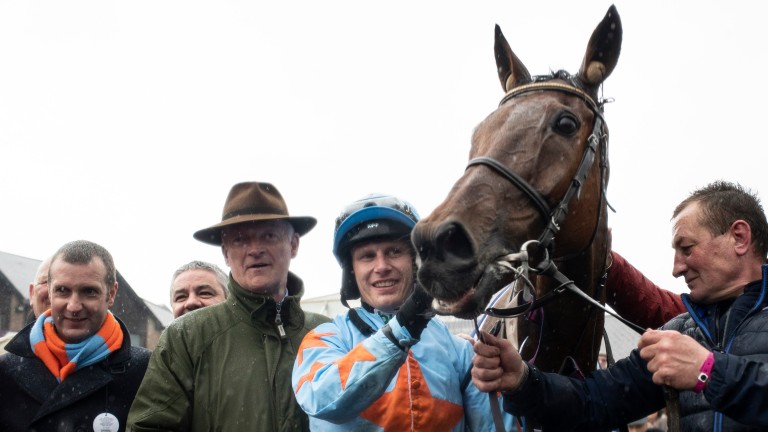 Smiles all round after Un De Sceaux's victory
Patrick McCann

Min travelled nicely behind Un De Sceaux for much of the race but made a bad mistake halfway, at the sixth fence, and was feeling the pinch from then on.

"Min might have been feeling the effects of his race at Aintree and maybe he does need the extra half-mile he had there," said Mullins.

FIRST PUBLISHED 5:43PM, APR 30 2019
I was doing the rain dance all last night and he has put in a proper performance today