Ulysses out to prove a true hero for Stoute 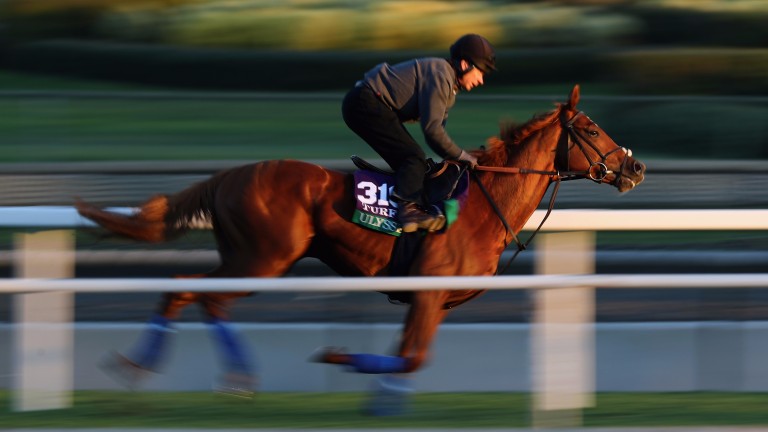 The inclusion of Ulysses in the Breeders' Cup Turf has baffled many American observers, with one of the kinder comments overheard this week running along the lines of 'he doesn't deserve to be here'.

His form does little to dispel that impression, with a Group 3 win at Goodwood followed by defeat at the same level at Windsor.

Yet this regally-bred three-year-old, a strong fancy for the Derby in which he finished down the field, has also attracted admiring looks in his workouts at Santa Anita. And representing Sir Michael Stoute, who has won this race four times, it would be unwise to dismiss his chances.

"He's got a bit to find, I've taken a gamble bringing him for this race but I feel he' ll handle the track, he's a fresh horse and I'm just hopeful he can run creditably," said Stoute.

"I was hoping we'd get rid of Found in this race but we didn't manage it, although it would have been a pretty tough race anyway."

Asked if Ulysses might prove a typical Stoute horse improving with age, the trainer added: "Let's go one step at a time. I do think next year you will see a better horse and this experience will do him good; it's an expensive way to get experience but I'm hopeful he'll performed creditably."