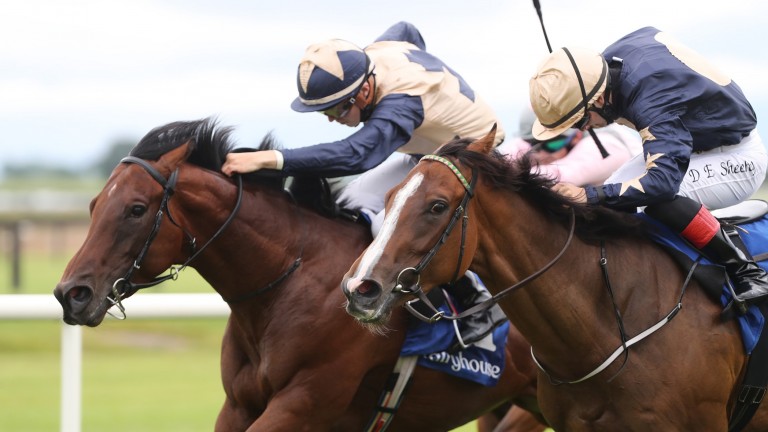 The search for a first win continues for the 106-rated Ultramarine, who was unable get the job done in the 7f maiden despite being sent off at 1-6.

The Zoffany colt now has no wins in nine outings, which is remarkable when you consider he was fourth in the National Stakes at the Curragh on Irish Champion Weekend behind this year’s outstanding juvenile Native Trail.

There were no excuses this time either. Mark Gallagher had the favourite in the perfect position throughout and it looked only a matter of time before he put his rivals to the sword.

That never happened, though, as the Michael Halford-trained Crystal City took a leap forward from his Gowran Park debut in August to land the spoils.

The 11-2 shot battled with Ultramarine from the two-furlong pole and found plenty for Niall McCullagh to win by a length and a quarter. He looks quite a promising individual as there were a further five lengths to Hypernova in third.

There was an even bigger shock in the first division of the 1m4f handicap as 50-1 outsider Picpoul scored decisively under Jamie Powell.

She was a different proposition on her eighth start, however, and was an emphatic winner by two and three-quarter lengths from Power Drive.