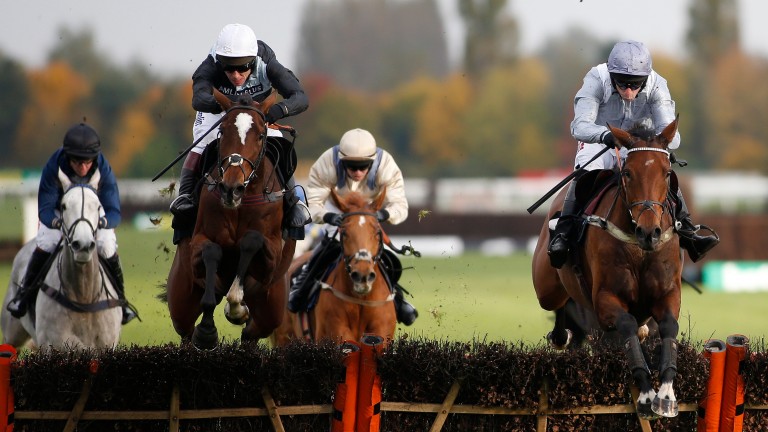 It is not only the Hennessy Gold Cup that welcomes back two of its previous winners on Saturday – so, too, does the contest that closes Newbury's excellent card.

Grey Gold and Jamie Moore attempt to defy top weight in the bet365-sponsored 2m handicap chase (3.45) for the second year running, but also returning is Ulck Du Lin, who took the prize a full Olympic cycle ago back in 2012 and now tries to capture it again under Jordan Williams.

Trainer Paul Nicholls said: "Ulck Du Lin was a four-year-old when he won it and well handicapped.

"He’s not the easiest to place nowadays and they went a bit quick for him at Ascot the other day. Sometimes he'll pick up the bridle and run for a lad. That’s why Jordan is riding him."

Nicholls is also represented in Newbury's 2m4f handicap hurdle (2.05), this time with Favorito Buck's, who will be having only the fourth race of his career.

The champion trainer said: "He was a little disappointing last season but a lot of these horses who come from France take time to acclimatise and we’ll see a better performance from him now. He’s an embryonic chaser."

She took the runner-up berth behind Limini at the Cheltenham Festival and, following two successes this term, including when beating the reopposing Copper Kay here last time, is again being targeted at jumping's Olympics in March.

King said: "I was pleased with her comeback win here at the start of the month and the fact the ground has dried out through the week is another boost to her chance."

One of those taking her on is La Bague Au Roi, successful in five of her six outings.

Trainer Warren Greatrex said: "She is a high-class mare. She's done everything right up to now and has taken everything in her stride, but this is a step up in class."