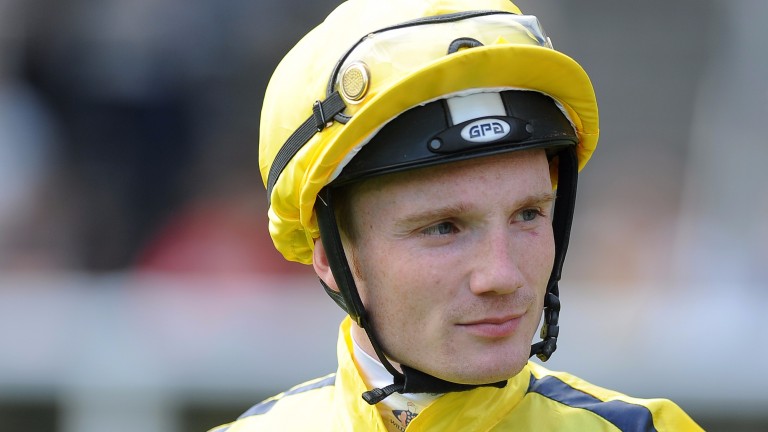 Freddy Tylicki: stable and conscious in intensive care after Kempton pile-up
Getty Images
1 of 1
By David Baxter 10:29AM, NOV 1 2016

Freddy Tylicki was reported to be conscious and in a stable condition in intensive care on Monday night while Jim Crowley was discharged from hospital after the pair were involved in a four-horse pile-up at Kempton.

Both jockeys were taken by ambulance to the major trauma unit at St George's Hospital in Tooting, Tylicki by air and Crowley by road, but Crowley was able to leave later on Monday.

A statement from the Injured Jockeys Fund read: "Following the incident at Kempton Park racecourse this afternoon, jockey Jim Crowley has been discharged from St George's Hospital, Tooting, to return home with his family.

"Freddy Tylicki, also involved in the incident, is in intensive care in a stable condition. He is conscious and there will be a further update tomorrow once more is known."

The tight-knit nature of the weighing room was evident on Twitter, as several of Crowley and Tylicki's colleagues sent messages of support to the pair.

Racing was delayed for over an hour following the incident, which occured in the 3.20, before the decision was taken to abandon the rest of the meeting.

Steve Drowne and Ted Durcan were the other jockeys who were brought down in the pile-up. The pair were shaken but able to walk back to the weighing room.

On the decision to call off the rest of the meeting, clerk of the course Barney Clifford said: "Having discussed it with the jockeys and the stewards the unanimous decision, as a mark of respect to the two lads that had been injured, was that we abandon racing."

Tylicki was aboard Nellie Deen in second, and exiting the bend into the home straight, when it appeared his mount clipped heels with leader and eventual winner Madame Butterfly.

FIRST PUBLISHED 11:20PM, OCT 31 2016
Following the incident at Kempton Park racecourse this afternoon, jockey Jim Crowley has been discharged from St George's Hospital, Tooting, to return home with his family