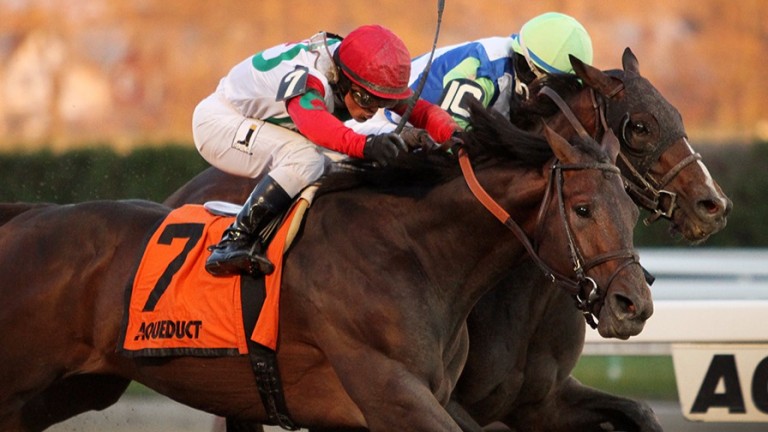 With Breeders' Cup Classic winner Arrogate due to have his prep run for the Pegasus World Cup on Sunday, the number of confirmed intended runners for what will be the world's richest race has jumped to seven.

Owner Paul Reddam, who purchased one of the original $1 million entry slots for the $12m race at Gulfstream Park on January 28, plans to run former claimer Semper Fortis, while stakes winner War Story is also set to run after a deal between owner Ron Paolucci's Loooch Stables and Dan Schafer, who also has a place in the field.

"I had interest in his horse and he had interest in getting in on the race, so it just sort of made sense," Schafer explained. "I feel good about where I'm at and I'm enjoying the ride I'm on right now."

Leading three-year-old Connect will not be running at Gulfstream, his connections preferring the Met Mile on the Belmont Stakes card as his target for the first half of the season.

Queen Blossom, winner of the Group 3 Park Express Stakes at the Curragh in March for former trainer Patrick Prendergast, makes her US debut for trainer Graham Motion in the Grade 1 American Oaks (12 midnight) at Santa Anita on Saturday.

French jockey Florent Geroux rode his 1,000th winner in North America on Thursday when he partnered Mr Misunderstood to victory at the second at Fair Grounds in Louisiana.