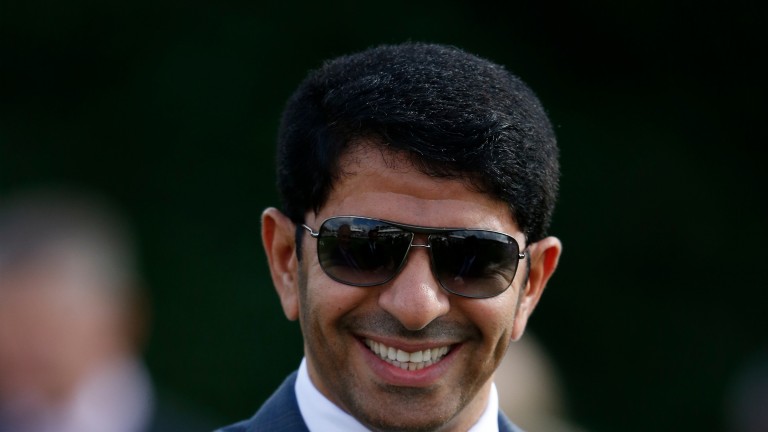 One of two £25,000 handicaps on the card, this race brings together some unexposed three-year-olds and more seasoned handicappers.

Mutarabby and Mukalal, first and second over course and distance last time, do battle again, while David O'Meara, who won the race last year with Firmament, this time relies on Kharbetation.

Concentrating on Saeed Bin Suroor-trained three-year-olds has been an easy way to find a winner at the course this season. From nine runners, seven have obliged (78 per cent strike-rate), and the other two finished second and fourth. Mutarabby, the mount of Jim Crowley, bids to enhance the stats further. The trainer also saddles the six-year-old Tumbaga, who has top weight under Silvestre de Sousa.

When Marco Botti has called upon Ryan Moore this season it has been worth noting, with the pair combining for three winners from seven runners (43 per cent). Moore partners Moolazim, who he rode to victory at Yarmouth two starts ago.

La Rav was declared for the Group 3 Thoroughbred Stakes at Goodwood last week but was scratched due to the soft ground. Luca Cumani's three-year-old is chasing a hat-trick and makes his all-weather debut.

Stuart Williams, trainer of Pactolus
He's not been drawn fantastically well [stall 12] but he's in very good form and he and Aaron [Jones] know their way around there very well.

Dominic Ffrench Davis, trainer of Manson
He's in good form and I'd be disappointed if he couldn't win off this mark but he's got the worst draw [stall 16].

Jason Kelly, assistant to David O'Meara, trainer of Kharbetation
He overraced on soft ground at York last time and the drop back to a mile should be fine.

William Knight, trainer of Secret Art
He ran disappointingly at Newmarket and we're not quite sure why; maybe the ground was too soft. He does have all-weather form but it's a big field and competitive. He's got an each-way chance.

Dean Ivory, trainer of Firmdecisions
He's a firm-ground horse and it's soft everywhere so we are limited in options and will see where we are with him.

Marcus Tregoning, trainer of Mukalal
He nearly won last time and he's in just as good form now, so hopefully he can win this time.

Marco Botti, trainer of Moolazim
He hated the ground at Doncaster last time, when it went too soft for him. He's won here before and a mile is his trip, but he has a bad draw [stall 15], which makes it a tough task.