Twiston-Davies out to bag Yorkshire feature for the first time 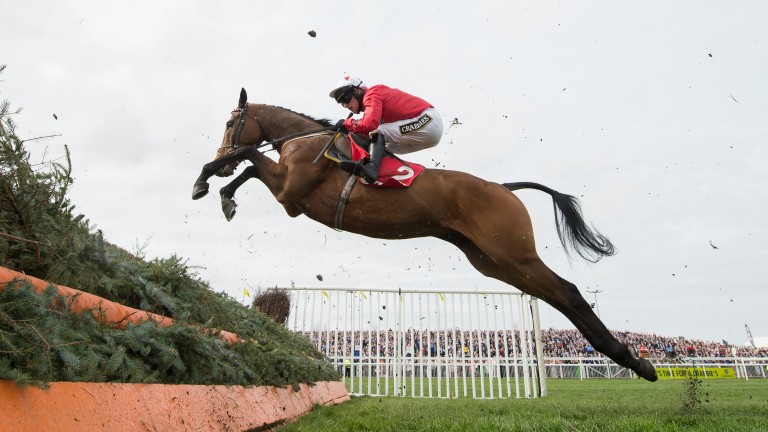 Blaklion: bids to defy topweight in the feature on day one of the Yorkshire Christmas meeting
Edward Whitaker
1 of 1
By David Milnes 6:00PM, DEC 25 2016

Jamie Bargary takes over from the injured Ryan Hatch for the first time on topweight Blaklion in the feature on day one of the two-day Christmas meeting, which hosted a subsequent winner of the Cheltenham Gold Cup 30 years ago.

Bidding to follow in the hoofprints of The Thinker (1986), and before him Forgive 'n Forget, last year's RSA Chase winner Blaklion looked in similar order when finishing a close fifth to Native River in the Hennessy Gold Cup at Newbury last month.

Bargary's 3lb claim will come in handy to offset a little of his 11st 10lb burden, but Blaklion still has to concede plenty of weight to the likes of Ballyculla, who represents Warren Greatrex, winner of this in 2014 with Dolatulo.

Local trainer Sue Smith, who won it the previous year with Cloudy Too, had three entered at the six-day stage but relies on just Wakanda, a progressive type last year.

Lothian Falcon, who won the 2007 renewal, is the only market leader to have won this in the past ten years. There have been some shocks since, including According To Pete at 33-1 in 2011.

Nigel Twiston-Davies, trainer of Blaklion
I was very pleased with his run in the Hennessy and hopefully he'll come on for that. He's the class horse in the race and is in very good form. He has top weight but surely this race won't be quite as hot as the Hennessy. We know he runs well at Wetherby and he must have a very good chance.

Peter Bowen, trainer of Henri Parry Morgan
He's come on from his run back in the Hennessy, when he ran well up to a point. He was very progressive last year and good ground would suit him best.

Brian Ellison, trainer of Definitly Red
Brian Hughes said he wasn't enjoying the ground at Newcastle last time. It was dead and tacky, and so he decided to take him wide all the way to try to find better ground. It was probably a bit of a disadvantage but he still ran well and the handicapper dropped him a pound. He's effective at two and a half miles, but you can't say he didn't stay at Newcastle because he went wide on testing ground and was still there at the finish. I think two miles six furlongs is probably his absolute optimum.

Charlie Longsdon, trainer of Our Kaempfer
He's always acquitted himself well in novice races so we're having a crack at this as it's a £40,000 race rather than the £5,000 ones you get in that division. On his hurdles mark he's entitled to be competitive.

Warren Greatrex, trainer of Ballyculla
It's his first run of the season but he goes well fresh and the more rain the better. We would have brought him out before now but he had a small cut to a leg. He's fine again now.

Micky Hammond, trainer of Silver Tassle
He's in good form at home and we're hoping he can get a run this time.

Pam Sly, trainer of Actinpieces
She won well there last time and gets 18lb from Blaklion, which is a help. If she can get some more black type we'll be happy.

FIRST PUBLISHED 6:00PM, DEC 25 2016
He's the class horse in the race and is in very good form. He has top weight but surely this race won't be quite as hot as the Hennessy