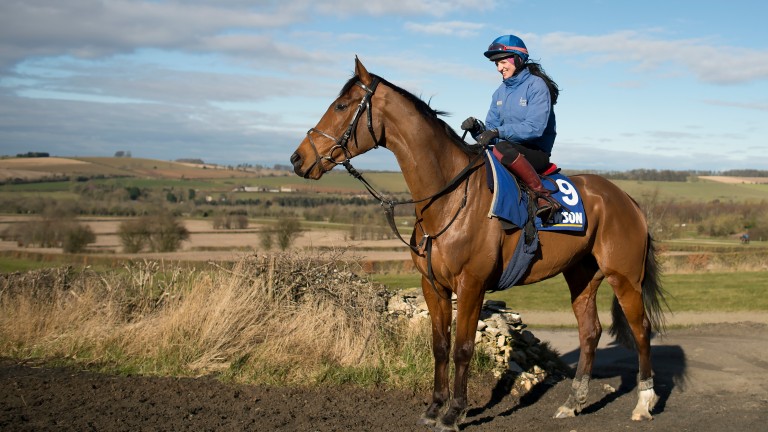 Sam Twiston-Davies will miss Cheltenham's Open meeting after failing to recover in time from injuries sustained to his spleen and kidneys in a fall at Chepstow last month.

Twiston-Davies had targeted the meeting for his comeback but, although he satisfied all the physical demands of the BHA protocol, he must wait for a scan in London next week before chief medical adviser Jerry Hill gives him the all-clear.

"I passed all the tests and he reviewed the case Wednesday night and wants me to go for a CT scan in London," said Twiston-Davies on Thursday.

"I did everything on the Equicizer, riding a two-mile bumper one day and a three-mile chase the next.

"It's obviously something you can't see and in their guidelines there are strict things to be met to come back from a spleen injury, more to be safe than anything.

"I'm a bit gutted because I put a lot of work into this weekend. I'll just have to come up with a new plan in conjunction with Oaksey House."

Twiston-Davies will be replaced by Gavin Sheehan on Bouvreuil in Saturday's BetVictor Gold Cup, for which 19 have been declared.

Sheehan will carry the second silks of JP McManus, with Barry Geraghty aboard favourite More Of That.

Robin Dickin is hopeful the application of a tongue strap may bring about a revival in form for Thomas Crapper, who has twice been placed at the Cheltenham Festival but finished 32 lengths adrift of Master Dee on his most recent start.

"In his last run at Ascot he made a noise, which he's never done before, and I think that's what stopped him so I've decided to try him in a tongue strap on Saturday," said Dickin.

"He loves Cheltenham and if he can get back to his best he's a very well-handicapped horse."

Thomas Crapper is 28-1 with the sponsor, who are paying out to six places on the race.

With the ground failing to ease in time, the Glenfarclas Cross-Country Chase will be run on Festival Trials Day, January 28. It has been replaced on Friday by a veterans' chase.

Cheltenham's director of racing Simon Claisse said: "It's not unusual to have eight-race cards at our January fixtures, usually due to restaging principal races from abandoned racedays, so an extended programme on Festival Trials Day will not pose any problems."

FIRST PUBLISHED 5:08PM, NOV 10 2016
I passed all the tests and he reviewed the case Wednesday night and wants me to go for a CT scan in London. I did everything on the Equicizer, riding a two-mile bumper one day and a three mile chase the next