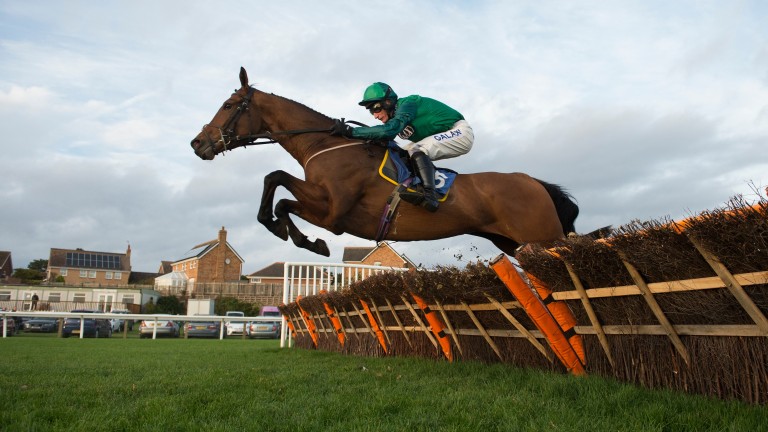 El Terremoto, whose performance was lost in the fog at Haydock last time, will aim to deliver a third Saturday of success for owners Simon Munir and Isaac Souede.

The last two Saturdays have featured victories for Wholestone and Bristol De Mai, who like El Terremoto are trained by Nigel Twiston-Davies for the same connections.

After two easy wins at Stratford and Haydock, his hat-trick was foiled when he emerged from the mist only third behind Clyne and Le Rocher.

That form has been franked, with the winner nearly upsetting The New One next time out and Le Rocher winning at Uttoxeter, and El Terremoto runs here from an unchanged mark.

Paul Nicholls has won three out of seven runnings of this race and saddles two challengers – Mr Mix and Connetable.

Angus Cheleda rode three winners from five rides in November but has had only one ride since to protect his 10lb allowance. He has been saved by boss Colin Tizzard for just such a race as this, in which he rides Billy No Name, one of his November winners.

Kk Lexion has gone up a stone for a ten-length win last time, whereas the horse he beat, Fortunate George, has been raised 1lb.

Paul Nicholls, trainer of Mr Mix and Connetable
Mr Mix has plenty of weight but he won well last time and loves soft ground. Connetable has jumped ordinary over fences so comes back to hurdling to try to sharpen him up.

Tim Vaughan, trainer of Ruacana
He produced a vastly improved showing last time at Wincanton. We have stepped him up in trip again, which will probably suit him. He's always run well around Sandown.

Colin Tizzard, trainer of Billy No Name and Valhalla
Billy is only small, a pocket rocket, so we thought we would take 10lb off him. He's going up the handicap and has done us proud. We tried Valhalla over fences last time but for some reason he got tired. I don't think he was quite right but jumped well. We've abandoned fences for the season to try staying hurdles for the rest of the year. He had good form at Cheltenham and should handle the ground.

Philip Hobbs, trainer of Rolling Dylan
He should go on the soft ground and seems in good form, so should have a decent each-way chance.

Nigel Twiston-Davies, trainer of El Terremoto
I don't know what happened last time, but it was so foggy we couldn't see. The two horses who beat him have run well since so we're expecting a good run.

Fergal O'Brien, trainer of Lord Of The Island
He ran very well in the Lanzarote to finish third and I think Sandown will suit him better and he will love the ground. I'm hopeful of a good run, but it's very competitive.

Harry Fry, trainer of Behind Time
He's had a bit of a break after two quick runs. Hopefully he can be competitive off his much higher mark.

Warren Greatrex, trainer of Ballyculla
The soft ground will be fine for him. We have taken all the headgear off him and are trying something different here. It would be great if we could get into some place money. Also, with Tom on board that takes 7lb off him, so we will see.

Emma Lavelle, trainer of Fortunate George
I think the step up in trip will help him. Ideally, he wouldn't want such testing ground, but he seems very well and has got better race on race. Of course, it's competitive but in these conditions having less weight is more helpful.

FIRST PUBLISHED 6:00PM, FEB 3 2017
I don't know what happened last time but it was so foggy we couldn't see. The two horses who beat him have run well since so we're expecting a good run