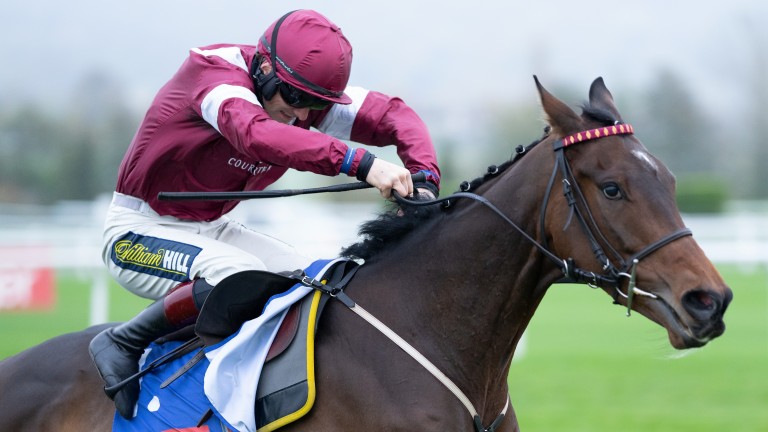 I Like To Move It: will have the Betfair Hurdle as a target this season
Edward Whitaker (racingpost.com/photos)
1 of 1
By Matt Rennie UPDATED 11:45AM, NOV 16 2021

The Betfair Hurdle will be a major target for I Like To Move It with Nigel Twiston-Davies keen to test his credentials in the competitive Newbury handicap hurdle following his impressive success at Cheltenham's November meeting on Sunday.

The four-year-old finished ninth in the Champion Bumper last season but has been a rising force in his first season over hurdles, and took his unbeaten record over obstacles to three when a two-length winner of the Grade 2 Supreme Trial under the trainer's son Sam.

That win saw him shortened in the betting to 20-1 (from 33) with Betfair and Paddy Power for the Supreme Novices' Hurdle at the Cheltenham Festival and while that remains a long-term target, he could bid to enhance Twiston-Davies's impressive record in the Betfair Hurdle beforehand.

The Grange Hill Farm trainer has won the race three times in the last eight years with Splash Of Ginge (2014), Ballyandy (2017) – who finished second in the Supreme Trial beforehand – and Al Dancer (2019).

However, I Like To Move It will have another outing in Grade 2 novice company in the race better known as the Kennel Gate Novices' Hurdle at Ascot on December 17 before his Newbury assignment in February. 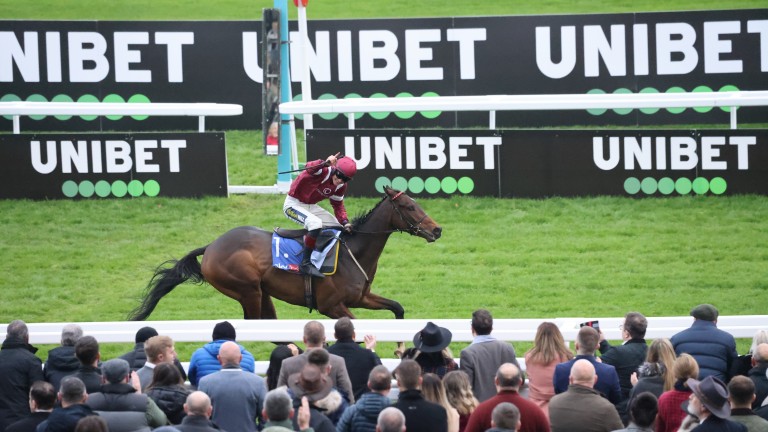 Sam Twiston-Davies salutes the crowd after I Like To Move It's victory at the weekend
John Grossick (racingpost.com/photos)

"He's 100 per cent and will go to Ascot on the Friday of their Christmas meeting next month – it's another Supreme trial for him," Twiston-Davies said. "That's the plan and we can always think about the Betfair Hurdle for him later on.

"Let's hope he can develop into a Betfair Hurdle contender too. We will have to see what the handicapper does but that's the route we'd be hoping to take with him later this season.

"Time will tell whether he beat an awful lot at Cheltenham, but he had to do it the hard way in making all of the running, so let's see how we go."

I Like To Move It's victory capped off a fine weekend for Twiston-Davies with five winners across Britain, and a double at Leicester on Monday took the trainer to a red-hot 58 per cent strike-rate from his last 12 runners.

He added: "The winners are what we are striving for, there were a few downsides at the weekend but overall it was lovely to get as many winners as we did."

FIRST PUBLISHED 9:00AM, NOV 16 2021
We will have to see what the handicapper does but that's the route we'd be hoping to take with him