News THE NEW ONE 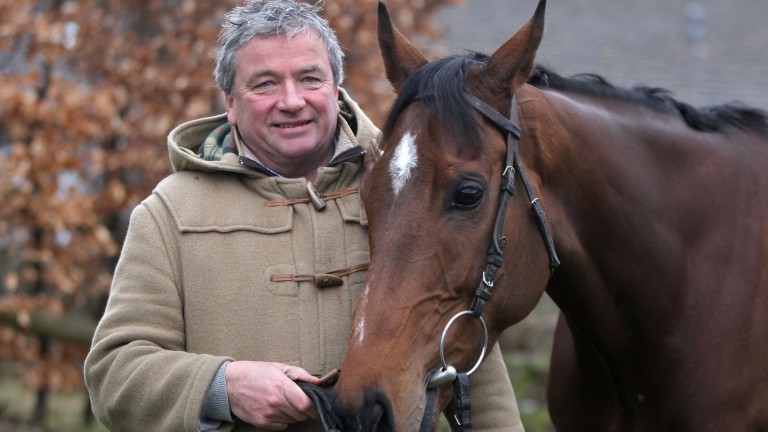 The New One's chasing debut was delayed on Thursday after trainer Nigel Twiston-Davies said his stable star would need more time to get over an injection to his joint.

After regularly clashing with the top two-mile hurdlers over the past four seasons, the eight-year-old had been pencilled in to begin a new career over fences this week.

Twiston-Davies entered The New One in novice chases at Ascot and Haydock on Friday but he was not declared for either. The Ginger McCain Memorial Novices' Chase at Bangor a week tomorrow is among the options now likely to be considered for the 2013 Neptune Investment Management Novices' Hurdle winner.

Twiston-Davies said: "He's fine. We had given him a joint injection and it wouldn't have cleared in time. He needs another week. It's nothing ominous.

"I think there is a race at Bangor at the end of next week we could look at. We have just delayed things a week."

FIRST PUBLISHED 1:58PM, NOV 17 2016
We had given him a joint injection and it wouldn't have cleared in time. He needs another week. It's nothing ominous