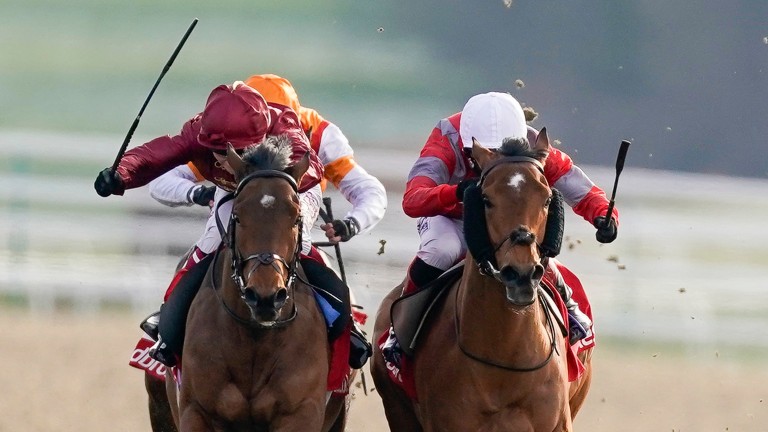 At approximately the same time as his Saudi Arabia hope Oxted was taking off from Stansted airport, Cieren Fallon hit top gear himself to land the feature 6f handicap on Twilight Heir.

According to his trainer Michael Bell beforehand, the 3-1 outsider of three should not have been that price and he was proved right as he denied the gambled-on Charlie Fellowes in a driving finish, with favourite Water Of Leith well held in third.

Bell said: “Twilight Heir was on a reasonable mark and he’s done well from two to three. We’ll see what the handicapper does, but we’ll probably put him away for the turf after that."

Fallon jets out to the Middle East next week to ride his July Cup hero Oxted in the Riyadh Dirt Sprint and could not be in better shape for the $1.5 million assignment.

A week after steering Bangkok home at the track in the Listed Winter Derby Trial, Ryan Moore picked up where he had left off with a four-timer, which kicked off when Ahdab scooted clear in the mile novice.

The 75-rated gelding has always been held in some regard by winning trainer Ed Dunlop, who was getting on the board for the first time in 2021. 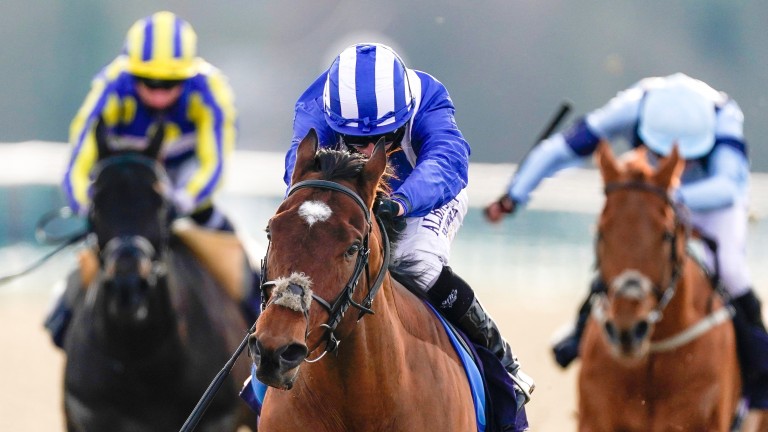 The fact the going at the track was changed to standard to slow before racing was no bother to the winner as he has had plenty of prepping on the private sand canter Dunlop has recently installed at his Newmarket yard.

The trainer said: “It’s fantastic to have our first winner of the year and I’m delighted for Sheikh Hamdan. He’s a horse who's had a lot of issues and has been gelded and had wind surgery since his last run. He’s by Shamardal out of Habaayib, who won at Royal Ascot for us, so he’s well bred and hopefully he can win again.”

Moore doubled up in the following 7f fillies' novice when the well-backed Gurkha Girl scored at the second time of asking for Oxted's trainer Roger Teal.

Available at 5-4 in the morning, the three-year-old was sent off at 4-6 favourite before reeling in long-time leader Give 'Em The Slip.

Moore got the treble up when Crackling defied late unease in the market to deny front-runner Apex King in the mile handicap for Martyn Meade at odds of 10-11.

The four-timer was completed when the former champion got a good tune out of the consistent Convertible to score for Hugo Palmer in the 1m2f handicap.

Market gets it right with Galahad

The market told the story in the opening 1m4f apprentice handicap, with the heavily punted Galahad Threepwood scoring tidily under the improving George Bass.

The Mick Channon-trained winner was backed into 4-6 (from 15-8) and was always travelling best from a nice draw before going on to record back-to-back victories over course and distance.

Bass was partnering his 12th winner of the all-weather campaign and he told Sky Sports Racing: “Galahad Threepwood travelled great around there and was doing all his best work at the finish. He’ll be even better with a stronger gallop.”

FIRST PUBLISHED 5:05PM, FEB 13 2021
We’ll see what the handicapper does, but we’ll probably put him away for the turf after that