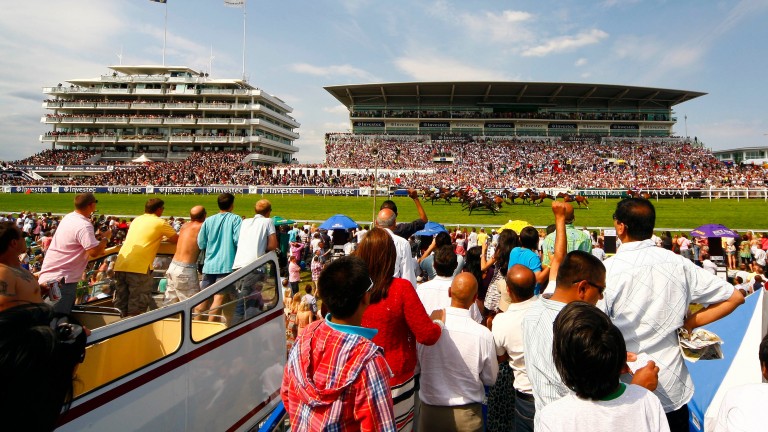 A two-year police investigation has resulted in 27 convictions for disorder following the 2016 Investec Derby at Epsom.

Extensive fighting broke out at around 6pm on Epsom Downs after a group of teenage boys and men started throwing bottles within the crowd.

One police officer was struck in the face and taken to hospital with a missing tooth and cuts to his mouth, while several members of the public were also injured.

Officers made 11 arrests on the day for offences including grievous bodily harm, robbery and actual bodily harm.

Following the incident, which occurred outside the ticketed areas, Surrey Police launched an extensive investigation in order to find those responsible.

A total of 28 men and teenage boys, aged between 15 and 21, were arrested, with 27 of them going on to be charged. All offenders have now been convicted for their actions – with all but two pleading guilty to the charges.

Sentences ranged from youth referral orders to an 18-month imprisonment for ABH.

During the investigation, detectives trawled through hundreds of hours of CCTV in a bid to identify everybody involved.

Many of the people responsible were identified as a result of information from the public in response to witness appeals.

Detective Inspector Errol Chetty said: “This incident and the actions of those involved were completely unacceptable and we were determined to bring those responsible to justice.

“Behaviour like this will not be tolerated at this event or in our communities and we’re pleased our extensive investigation has resulted in so many positive outcomes in court.

“At events such as this we want people to have fun and enjoy themselves, but we expect them to act appropriately.

“Causing public disorder and injuries to both members of the public and officers doing their job is completely unacceptable.”

Only nine arrests were made at the two-day Investec Derby meeting last month, lower than in recent years.

FIRST PUBLISHED 11:23AM, JUL 10 2018
This incident and the actions of those involved were completely unacceptable and we were determined to bring those responsible to justice