Tom Scudamore suffers back and wrist injury in Worcester fall 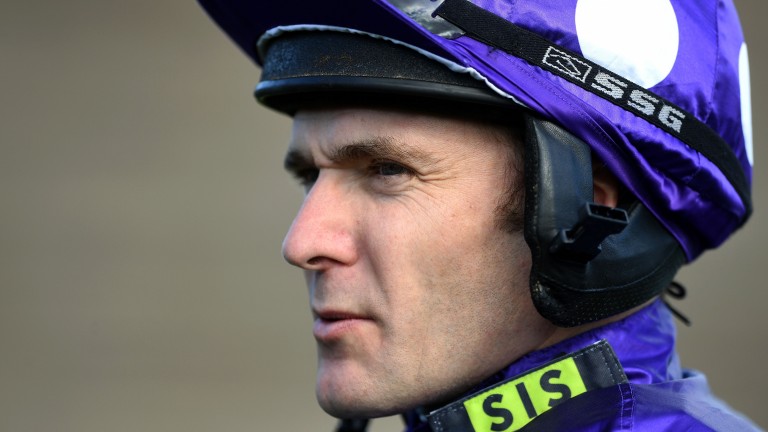 Tom Scudamore suffered a fracture to his back in a fall at Worcester last week. The rider also broke a wrist in the fall on the David Pipe-trained Malangen.

Pipe told his website: "Unfortunately Tom Scudamore had a fall on Malangen on Tuesday at Worcester when holding every chance of winning. Thankfully the horse is fine but Tom Scu was not quite so lucky.

"A trip to Worcestershire hospital revealed a broken wrist and a fractured T7 vertebra in his back. The positive news is that it is stable fracture and surgery is not needed. He will be on the sidelines for a few weeks but these jockeys are made of strong stuff and after a period of rest he should be back in the saddle later this year."

The Irish Horseracing Regulatory Board on Tuesday confirmed Irish-trained runners in Britain no longer require negative swabs for equine influenza and health certificates to be able to race.

The rules have been relaxed following a re-evaluation of the situation by the British Horseracing Authority's veterinary committee.

Chris Hayes has won his appeal against a six-day ban for using his whip with his arm above shoulder height.

At a hearing held before racing at the Curragh on Sunday, the appeals body of the Irish Horseracing Regulatory Board allowed Hayes's appeal against the ban imposed by the referrals committee on September 2.

The jockey had been referred by the stewards after his victory on the two-year-old Helvic Dream at Roscommon on August 19.

However, the appeals body described it as "a borderline case" and were unable to find Hayes in breach of the rules.

The Royal Ascot winning jockey was displaced from newcomer Sir Dandy prior to a 7f novice and the pair had to be withdrawn.

Her agent Steven Croft said: “Hayley was found to have fractured her T10 at Sandown and is to have another fortnight off.”

The funeral of former leading amateur rider Peter Brookshaw, who died last week at the age of 92, will be held at Shrewsbury Crematorium at 2pm on Tuesday, September 24.

Moulin appeal to be heard on September 19

The appeal into the contested result of the Prix du Moulin is set to be heard at France Galop's headquarters in Paris on September 19.

Connections of runner-up Romanised are appealing against the decision of the raceday stewards to leave the result unaltered, arguing that the Aidan O'Brien-trained Circus Maximus carried their horse off a straight line during the last furlong and a half of a race that was decided by just a nose.

The Longchamp stewards opened an inquiry into possible interference but concluded the two horses had drifted left independently, and that both visual and verbal evidence led them to believe Circus Maximus was finishing faster than Romanised.