Hogan’s Youcantcallherthat in ‘great gear’ ahead of seasonal swansong 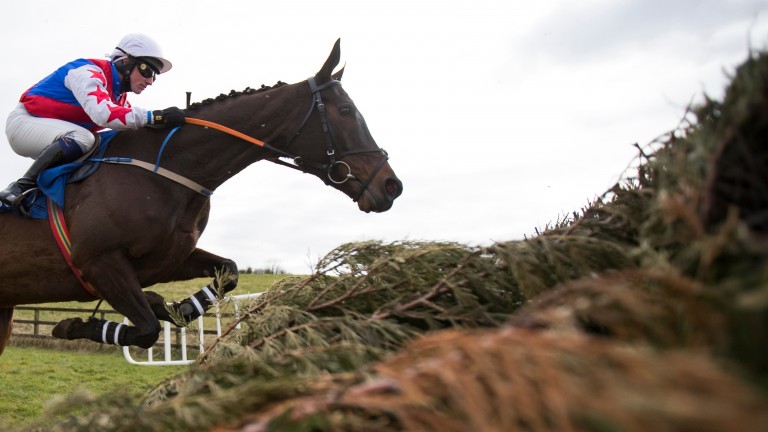 Youcantcallherthat is a lively outsider
Patrick McCann
1 of 1
By Brian Sheerin UPDATED 7:54AM, APR 3 2018

There was a point at the end of last season where Denis Hogan and the Lostwelton Syndicate, who own Youcantcallherthat, contemplated parting with the mare after she failed to win from eight attempts over hurdles.

Luckily for connections, they resisted the temptation to draw stumps, holding out hope that the former point-to-point winner would burst into life over fences.

Fast forward from then until now and Youcantcallherthat has won four of her ten chase starts and arrives on the back of a Grade 2 win at Limerick, where she beat Dinaria Des Obeaux.

Ahead of this assignment, which is likely to be her swansong for the season, Hogan said: "She's been in great gear all season and is still in amazing form, but I'd say this will be her last hurrah for the season and she'll probably go for a holiday after this." 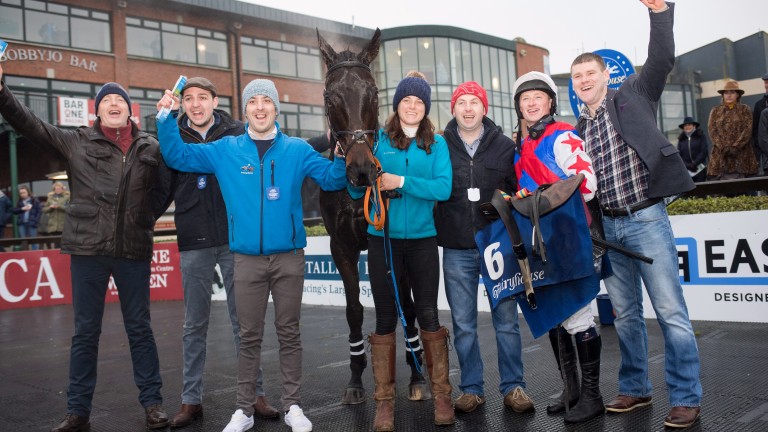 He added: "She's got to carry a penalty for her win at Limerick, which will make things difficult, but when a mare's in form, there can be no stopping them. Hopefully she can go well again."

Gordon Elliott's Dinaria Des Obeaux, who was a 4-7 favourite to win that Limerick race, bids for redemption with first-time cheekpieces fitted.

The five-runner field is completed by Magic Of Light, representing Jessica Harrington, the Willie Mullins-trained Asthuria and Noel Meade's Bonny Kate, who is sporting blinkers for the first time.

Townend out to make a name for herself

The likes of Nina Carberry, Lisa O'Neill and Rachael Blackmore need no introduction ahead of this year's Ladies National Handicap Chase (4.40), but it may be worth keeping a close watch on young Jody Townend, who has the pedigree to succeed in the saddle.

Townend, a sister to 2010/11 champion jockey Paul, has ridden four winners from 25 point-to-point rides, but what's even more impressive is that she has also guided her mounts home to fill the placings a further seven times and has only failed to complete on four occasions. 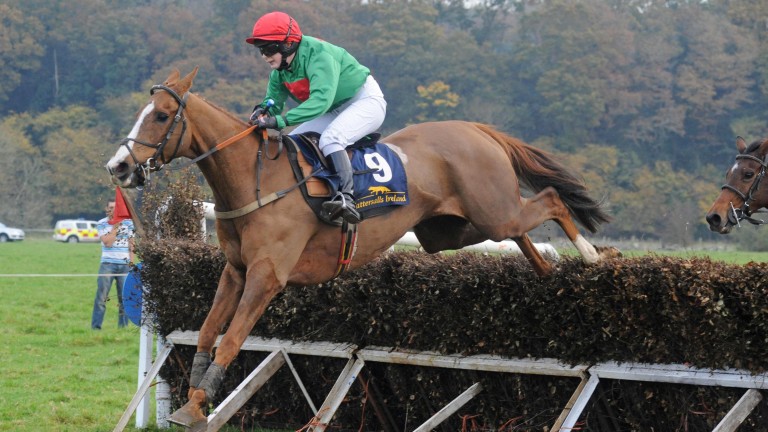 Jody Townend: seen in winning action between the flags, the 20-year-old rode her first winner under rules at Tramore on Monday

The 20-year-old, bidding for her first win under rules aboard Michelle Gannon’s Erkindale Lady, said: “It’s brilliant to be riding over fences alongside Nina, Lisa and Rachael. They set the standard right now and it’s very exciting to be riding in a race with them.”

Townend is not just here for the day out, and added: “Things have been going very well and it would be great if it continued.

“The horse just sneaks in at the bottom of the weights and hopefully she has a good chance. She’s won at Fairyhouse before and she’ll like the ground, so I’m looking forward to it.”

One of those standard-bearers that Townend mentioned is Blackmore, who partners the Arthur Moore-trained Skellig Rocks.

Blackmore, last season's champion conditional rider, is enjoying her best ever season with 29 wins under her belt. 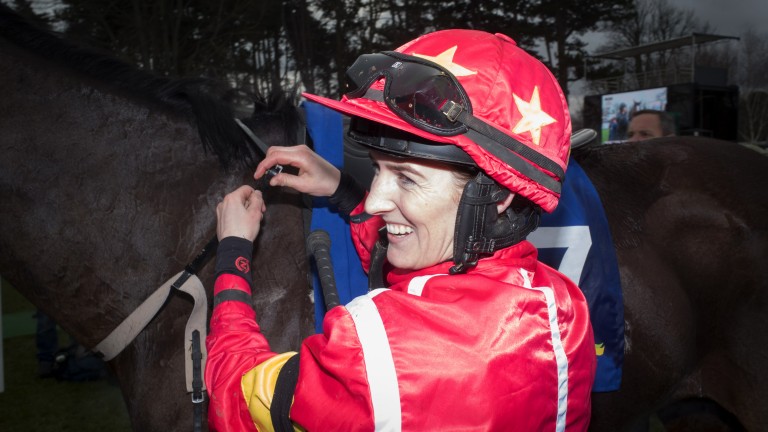 In the Black: Rachael Blackmore is all smiles following her victory on Patricks Park on the Sandyford Chase
Patrick McCann (racingpost.com/photos)

Among those successes, she recorded her first Graded victory aboard Gordon Elliott's Blow By Blow in the Michael Purcell Memorial at Thurles, as well as winning a valuable handicap chase at the inaugural Dublin Racing Festival at Leopardstown on Patricks Park for Willie Mullins.

Gordon Elliott may well hold the key to this race and has secured the services of O'Neill and Carberry.

The stable’s Fire In His Eyes, still a maiden over fences, will be ridden by O'Neill, while recent Navan winner Sunsetstorise will be partnered by Carberry.

FIRST PUBLISHED 6:00PM, APR 2 2018
It’s brilliant to be riding over fences alongside Nina, Lisa and Rachael. They set the standard right now

Hogan unsuccessful with 'non-trier' appeal but Glynn ban reduced to eight days Hogan to appeal after being hit with €3,000 'non-trier' fine at the Curragh