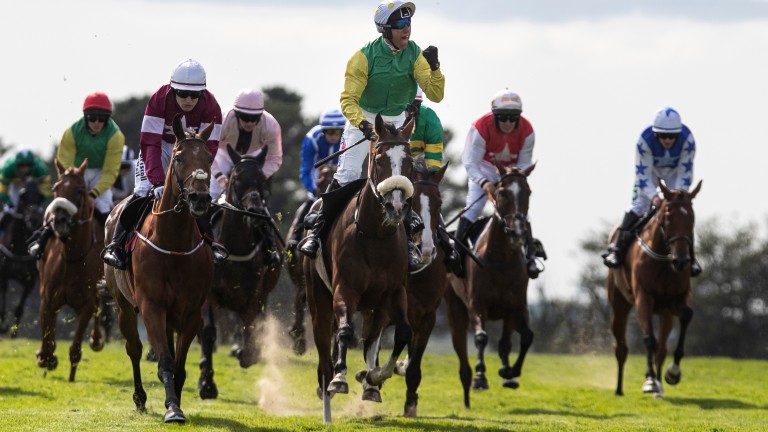 Tony Martin has made a habit of tuning one up to fever pitch for a lucrative handicap pot and Tudor City became the yard's third winner of the Guinness Galway Hurdle in six years, seizing victory from long-time leader Due Reward by half a length under a canny Robbie Power ride.

Breslin, who has long savoured festival week at Ballybrit and relished his second Galway Hurdle triumph, said: “It’s brilliant to win the race again. We always knew there was a big one in Tudor City. He had been knocking on the door so often and I’m absolutely delighted that door finally opened for him.

"He’s my second winner here this week and my 13th winner at Galway. It’s all down to Tony, his staff and what a ride Robbie gave the horse."

Reacting to his second win in the race, which he first landed on Missunited in 2013, Power said: ”It's fantastic. My agent Ciaran O’Toole was working hard last week on what I might ride and then I rode a winner for Tony in Ballinrobe and he asked me to ride this horse. 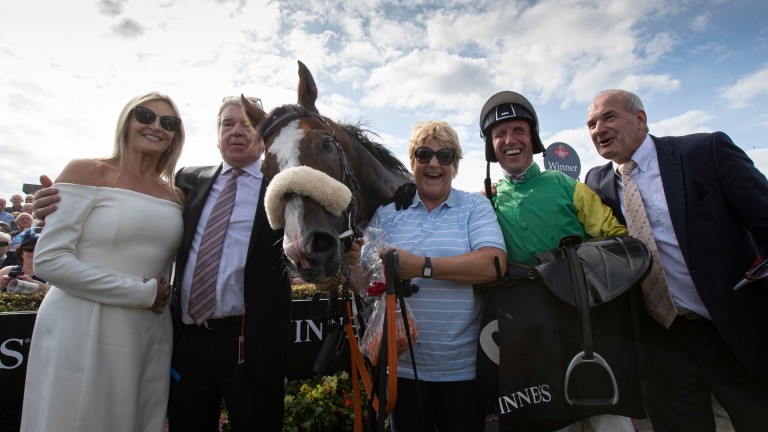 “Tony fancied him strongly and he knows what it takes to win a Galway Hurdle so I was inclined to go along with him. I rang Niall McCullagh about him and to be fair to him he was very sweet about him. He said he gave him a good feel at Leopardstown the last day he rode him.

"I had a lot of horses in front of me coming into the dip and I needed plenty of luck, but Tony assured me I was on a horse with plenty of speed and that if the gaps opened he'd fill them.

"The pace wasn’t strong like it usually is and it was rough enough at times. He’s a horse who gives you everything on the bridle. He doesn't find a whole lot off it, and I was better off kicking and squeezing him rather than hitting him."

It was a third win in the race for Martin, who first landed the prize with Thomas Edison in 2014, and he did not rule out the possibility of Tudor City making a quick return to Galway for the Guinness Premier Handicap over 1m4f on Friday.

“We’ll take him home tonight. It will only take a couple of hours to get him there and we’ll see how he is in the morning before deciding," said Martin.

Tudor City's challenge denied 33-1 shot Due Reward, who made most of the running. Trainer Henry de Bromhead said: "He's run an absolute cracker and all credit to Mark [Enright] who gave him an excellent ride. He slowed things up in front and jumping the last I thought we had it won, but it wasn't to be."

Band Of Outlaws, the 9-2 favourite, was three-quarters of a length further back in third. His trainer Joseph O'Brien said: "He's run a very good race and was in a good position all the way. He had every chance."

Conor McNamara, rider of Stratum, picked up a three-day careless riding ban after the stewards inquired into an incident on the bend after the fourth hurdle in which Chosen Mate, who was subsequently pulled up, and Davids Charm, who finished fourth, were both badly impeded.

FIRST PUBLISHED 5:08PM, AUG 1 2019
He had been knocking on the door so often and I'm absolutely delighted that door finally opened for him