Truly Supreme: five victories that started the festival with a bang 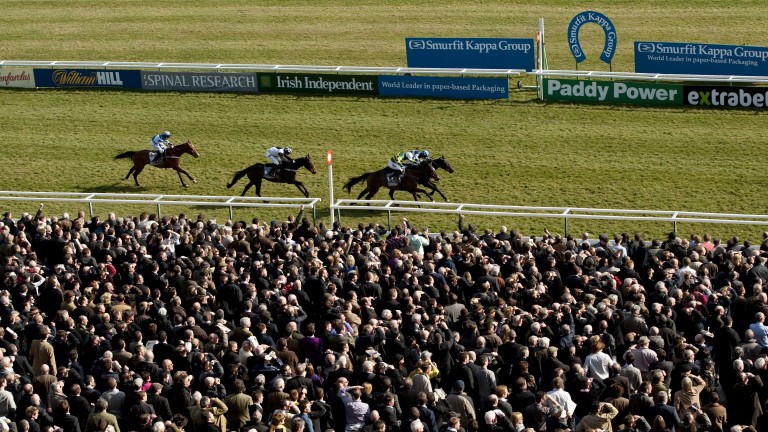 The famous roar is synonymous with the opening race of the Cheltenham Festival and the Supreme Novices' Hurdle usually gets the four days of top-class action off to a scintillating start.

Here we pick out five performances that got the meeting off to a frenetic start.

Brave Inca came into the meeting as the 7-2 favourite for the curtain opener, having stepped up from handicap company to land the Grade 1 Deloitte Novice Hurdle ahead of subsequent Champion Chase hero Newmill.

The Colm Murphy-trained Brave Inca joined the leaders from two out after travelling smoothly and bravely held off the attentions of future Gold Cup winner War Of Attrition for a neck verdict. The first two subsequently went on to further glory at Cheltenham but it was the Supreme that heralded in two genuine stars of the era.

Irish raider Dunguib came into Cheltenham as the raging hot favourite for the two-mile contest, having won the Champion Bumper the previous season and all four starts over hurdles, including the Grade 1 Royal Bond Novice Hurdle by seven lengths.

However, the Philip Fenton-trained runner could never land a blow at the Festival when chasing home the front pair of Menorah and Get Me Out Of Here and finished a two-length third.

The 4-5 shot could not fulfil the hopes of favourite backers but the winner, Menorah, went on to a long and distinguished career that included another Grade 1 victory at Aintree as a novice chaser and three victories in the then Oaksey Chase at Sandown. 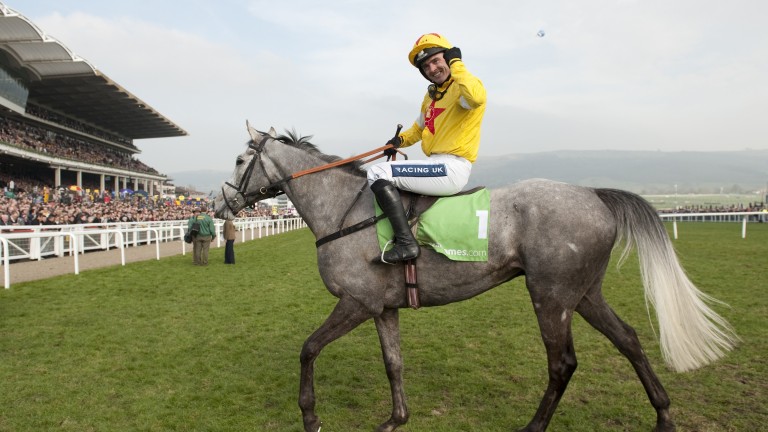 Al Ferof: won a stellar renewal of the Supreme in 2011
Edward Whitaker

Future King George hero Cue Card was sent off the 7-4 favourite following a sensational win in the previous year's Champion Bumper and two easy victories over hurdles, but the Paul Nicholls-trained Al Ferof stole the show in the 15-strong field.

Sent off at 10-1, the John Hales-owned grey appeared slightly outpaced before the turn in but ran up the hill for a two-length success over the Seven Barrows duo of Spirit Son and the brilliant Sprinter Sacre.

The race itself would prove to be one of the strongest renewals in recent history given the subsequent exploits of the third and fourth-placed horses, but Al Ferof continued to give connections plenty of thrilling moments including victories in the Henry VIII Novices' Chase and Paddy Power Gold Cup.

Willie Mullins and Ruby Walsh had dominated the opening race with the likes of Vautour and Douvan, and Min was sent off the 15-8 favourite to give the powerful duo a fourth straight success in the race. What they had not banked on was bumping into a horse of immense talent.

Altior's connections at Seven Barrows were did not hide their confidence in the son of High Chaparral that day and he has continued his dominance over fences. Indeed, he bids for a fourth Cheltenham festival win in the Champion Chase. Greatness seemingly awaits.

Once again Willie Mullins appeared to hold the keys to the opening contest but the Gordon Elliott-trained Labaik surprised all when deciding to jump off and land a 25-1 shock under rising star Jack Kennedy.

The quirky grey, who had developed an unfortunate tendency of refusing to race, decided to behave on the biggest occasion of all and put himself down as a genuine talent for the future. Sadly injury has since curtailed his career, but he set the stage for a truly memorable festival.

FIRST PUBLISHED 12:40PM, MAR 3 2019
The race itself would prove to be one of the strongest renewals in recent history given the subsequent exploits of the third and fourth-placed horses