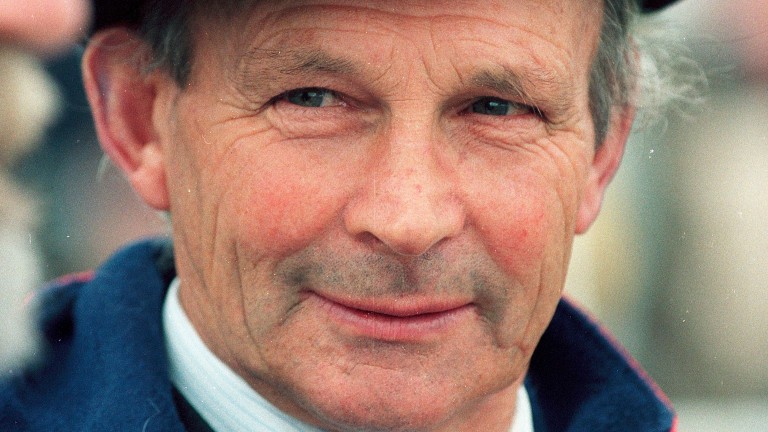 Pat Smullen has described his father-in-law Joe Crowley as the best judge of a horse he has ever known after the great patriarch of Irish racing died peacefully in the early hours of Wednesday morning, aged 91.

Crowley, father of six daughters including Smullen's wife Frances and Annemarie O'Brien, will forever be remembered as a brilliant horseman and remarkable individual, according to the nine-time champion jockey.

"He's built up a huge legacy that will be here for years to come," said Smullen. "He's had an unbelievable impact on racing and was a great man in his own right."

He added: "I was very lucky to go around with him at the sales for a few years and he's probably the best judge of a horse I've ever known. He could buy inexpensive horses and turn them into money.

"What he achieved was quite remarkable, building everything up from scratch. He was generally renowned as a great judge of a horse."

O'Brien, Crowley's eldest daughter, is married to multiple champion trainer Aidan O'Brien and her own triumph in the 1992-93 trainers' championship – still the only title for a female handler – is one of numerous landmarks that Crowley's daughters and extended family have etched on racing's various rolls of honour. 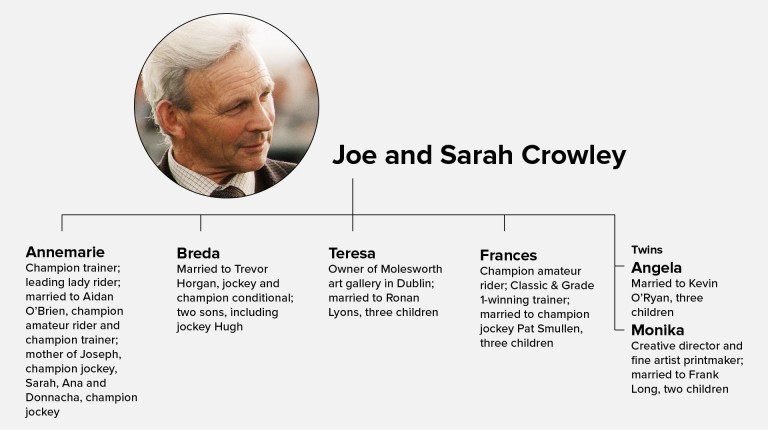 His own achievements include producing the young Bregawn, who led home Michael Dickinson's famous 1-2-3-4-5 in the 1983 Cheltenham Gold Cup, and saddling Hairy Molly to record a hugely popular victory in the 2006 Champion Bumper at the Cheltenham Festival under Paul Carberry. He also bred Rock Of Gibraltar along with Annemarie.

Among the best Flat horses he saddled to win were the 1985 Irish Cesarewitch victor Ravaro and the Listed winners Blue Corrig and Golden Storm, who won 11 races across all codes in the mid-2000s.

However, Crowley's legacy will inevitably be synonymous with him providing the foundations upon which Aidan O'Brien built his training leviathan.

On taking over the licence from his wife in 1993, O'Brien assumed control of the yard atop Carriganog Hill in the village of Owning. 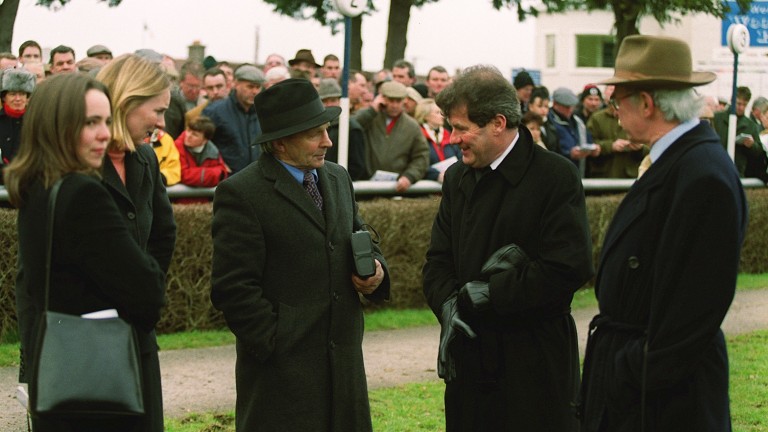 Crowley continued to care for a team of horses on the other side of the renowned hill gallop, just a couple of miles from his home in the village of Tullahought.

It was from Owning that O'Brien first began to conquer the world of racing with Annemarie at his side. Once he completed his move to Ballydoyle, another of Crowley's daughters, Frances, took over in Owning in 1998.

The first woman to claim the amateur riders' title in 1995, Crowley also shared the 1996 championship with Willie Mullins.

She saddled a handful of Grade 1 winners over jumps as well as plundering a Galway Plate success with Moscow Express in 1999.

After relocating to Clifton Lodge at the Curragh in 2003, she became the first woman officially to saddle a Classic winner in Ireland when Saoire clung on by a short head under Mick Kinane to claim the 2005 Irish 1,000 Guineas. Joe then took on the licence again until 2009, while Joseph O'Brien has now launched his training career from the hilltop base.

"He was something to everybody in the family and everyone relied on him for advice and guidance," added Smullen.

"All the girls got huge opportunities through what himself and his wife Mrs Crowley built up. It truly is a huge legacy that he has left behind."

Crowley had celebrated his 91st birthday on Monday. A year ago, Frances tweeted a picture of a family gathering for his 90th with an accompanying message that listed an array of the accomplishments of his six daughters and 17 grandchildren.

Angela, the joint-youngest of his daughters along with her twin Monika, is married to broadcaster Kevin O'Ryan, while Breda is married to former jockey Trevor Horgan. Teresa, an artist, is the owner of Molesworth Gallery in Dublin.

There were 15 jockeys in the photo, including Joseph and Donnacha O'Brien, the holders of two champion Flat jockeys' titles.

Speaking on Wednesday, O'Ryan said of his father-in-law: "Joe was a very wise and very successful yet very unassuming man who was totally self-taught and self-made. He was a tough man in his own way right up until the end, and he created a legacy that will live long into the future. We're all going to miss him."

Crowley will repose at his home in Tullahought, Piltown, County Kilkenny on Friday from 11am to 8pm. The funeral mass will take place in St Nicholas’s Church, Tullahought on Saturday at 12pm, with burial in the adjoining cemetery immediately afterwards.

FIRST PUBLISHED 10:40AM, MAR 4 2020
What he achieved was quite remarkable, building everything up from scratch. He was generally renowned as a great judge of a horse

'He oozes class and backed up an emphatic maiden win really well' BoyleSports eye Hills shops in bid to significantly increase UK presence A step too far? O'Brien comments suggest Melbourne Cup dominance about to end Former Racing Welfare chief executive Sir John Kemball dies aged 82 'The meeting was sure to be off. We were only coming here to have lunch' Hussey shines as Iowa mows them down for Ulster Derby success