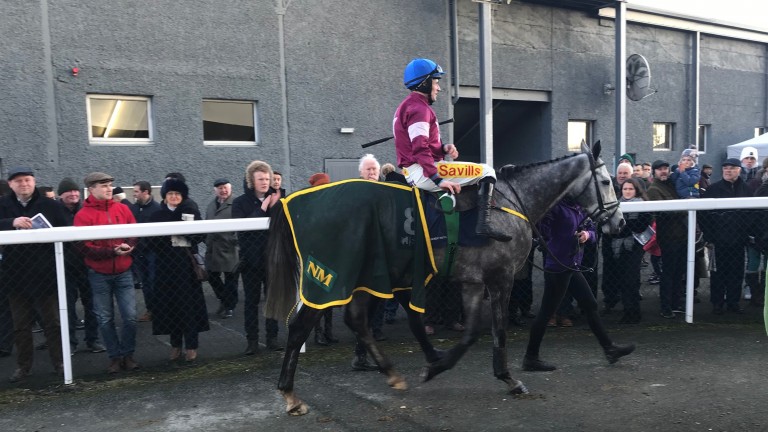 The rise up the chasing ranks of the Noel Meade-trained grey Tout Est Permis shows no signs of stopping after the emphatic winner of the Troytown Chase in November dropped back in trip to land the Grade 2 Horse & Jockey Hotel Chase at Thurles on Sunday.

It was ultimately stamina that won the day for the son of Linda's Lad as he just kept galloping from the second last to edge out one of the other Gigginstown representatives, Sub Lieutenant, whose return to form earned him an agonisingly close second place.

Cheltenham is now very much on the agenda for the winner, with  Meade preferring a crack at the Ryanair Chase if he can get some softer ground. 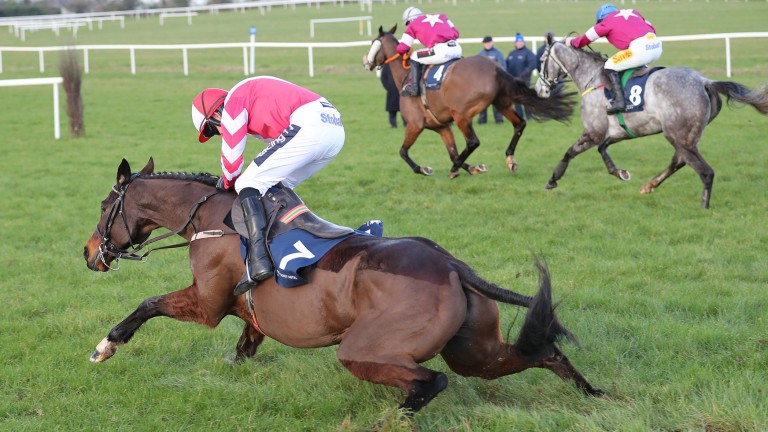 "He wants further and he wants softer ground, that was plenty quick enough for him," said Meade.

"He could well run in the Ryanair. He's improving all the time and getting stronger all the time. I doubt he'll run before Cheltenham. The Red Mills Chase at Gowran is a possibility but two and a half miles there might bottom him out. I'll have to talk to the lads and we'll see, he's in both the Ryanair and the Gold Cup."

He added: "I got more of a kick out of that than any winner for a long time because I watched it down at the last and I was sure he was going to be beaten. I couldn't believe he got up!"

Runner-up Sub Lieutenant put his two most recent performances behind him with this fine effort, while third home Total Recall was in the process of running a big race, and was far from out of it, when he made a mistake at the final fence which brought him almost to a standstill.

To be beaten less than ten lengths was an admirable effort in the circumstances.

Raceday Live For the freshest betting advice, based on latest going and market conditions, don't miss the Live Tipster every afternoon. Just click Raceday Live at racingpost.com or the mobile app

FIRST PUBLISHED 2:31PM, JAN 20 2019
He wants further and he wants softer ground, that was plenty quick enough for him

Samcro still has the Galway Plate lined up - and could wear headgear This is all about Samcro - but will the one-time future megastar battle again?