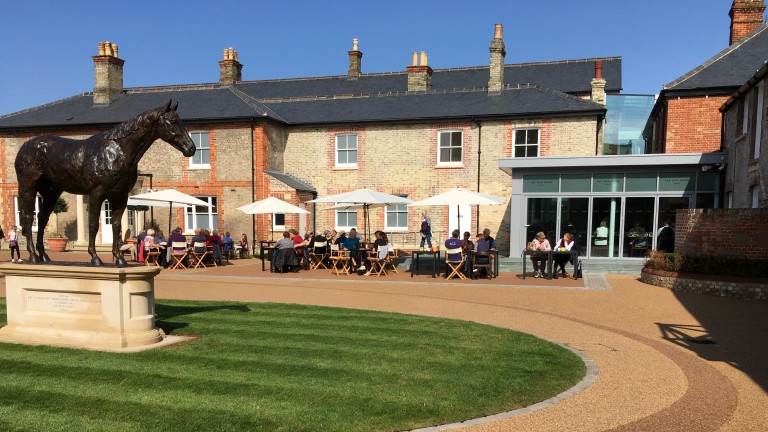 National Heritage Centre for Horseraciing and Sporting Art : scene of the robbery
1 of 1
By David Milnes UPDATED 2:34PM, JUL 6 2020

The National Heritage Centre for Horseracing and Sporting Art in Newmarket has put up a £50,000 reward for information after ten of its most treasured trophies were stolen in an overnight raid in May.

The heist of the gold, silver and silver gilt trophies was conducted while the site at the former Palace House Stables was closed due to the coronavirus outbreak and no-one was at the premises.

The trophies on the missing list include the Ascot Gold Vase, which was the original trophy for the Queen's Vase run at Royal Ascot and dates back to 1838. Also missing are two Lincoln Races trophies which date from even earlier (1833 and 1836), while three Doncaster Cups (1906, 1907 and 1922) were also taken. 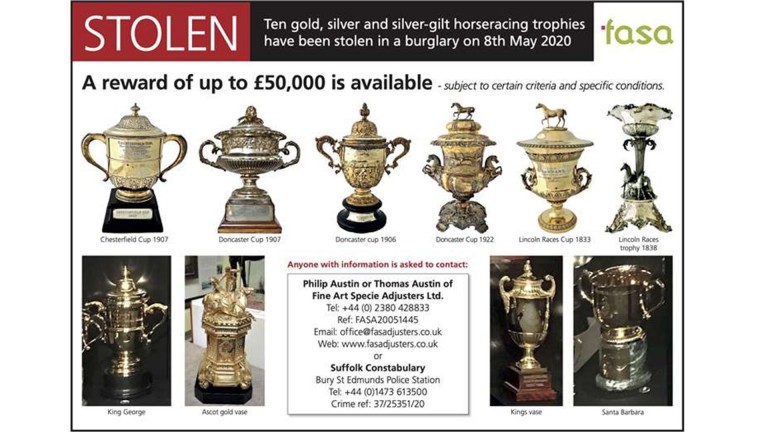 Insurers Fine Art Specie Adjusters said a reward of up to £50,000 is available for information leading to the arrest and conviction of the thieves, subject to certain criteria.

Dr Steven Parissien, chief executive of the museum, said: "We are greatly saddened by the calculated and heartless raid of May 8. At a time when we are supposed to be standing together to resist the pandemic it is doubly disappointing.

"We are very much looking forward to relaunching the museum at the end of this month as a unique community resource boasting a new identity, new catering outlets, a second-hand bookshop, a family-friendly paddock area and our first popular exhibition, on dogs in art.

"This raid by a professional, out-of-town gang won't stop us in the least, but it shows how little regard thieves have for community and history."

He added of the investigation into the theft: "Suffolk Police's investigation is still ongoing, and the insurer's loss adjuster is hard at work trying to recover the stolen items – about which he's very hopeful.

"Meanwhile, we look forward to welcoming everyone to the museum on or after July 28.’

FIRST PUBLISHED 2:20PM, JUL 6 2020
This raid by a professional, out-of-town gang won't stop us in the least, but it shows how little regard thieves have for community and history