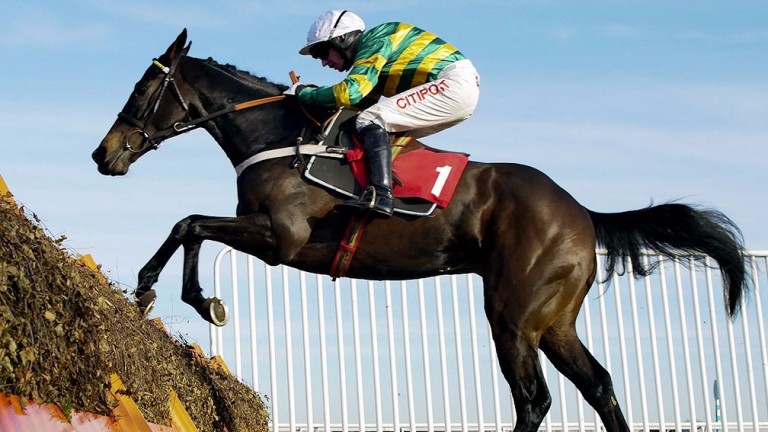 JP McManus has the market leader and second favourite for the JCB Triumph Hurdle at the Cheltenham Festival in March, and on Thursday it appeared Charli Parcs, and not Defi Du Seuil, would run in Saturday's trial at the track.

Defi Du Seuil owes his place at the head of the betting to victory in the Grade 1 Finale Juvenile Hurdle at Chepstow last month. He is a general 6-1 favourite for the juvenile championship, but may be rerouted elsewhere for a prep run with connections keen to give the Nicky Henderson-trained Charli Parcs, an impressive winner at Kempton over Christmas, experience of Cheltenham.

Frank Berry, racing manager to McManus, said on Thursday: "The story at the minute is if the ground stays the way it is Charli Parcs will run on Saturday, but I don't know where Defi would go – we'd have to see.

"If the ground changed and we got a lot of rain Defi would run, but we'll keep our options open."

Philip Hobbs, who trains Defi Du Seuil, said: "At this stage it looks like Defi Du Seuil is not going to run at Cheltenham on Saturday as I believe the owner wants to run Nicky Henderson's Charli Parcs instead. Plans could change but I've no plan B for him at the moment."

In the post-race debrief after Kempton, Henderson revealed he "loved" the slick-jumping Charli Parcs, and some made comparisons with connections' 2010 Champion Hurdle hero Binocular.

Berry added: "Charli Parcs did it well on the ground and everything suited him. He's stepping up another gear at the weekend and we'll find out more about him."

The famous green and gold McManus silks are a familiar sight at Cheltenham, but they are unlikely to be carried on Saturday by More Of That.

The 2014 World Hurdle hero was an intriguing entry in the Glenfarclas Cross Country Handicap Chase, but Berry said: "It was just to give him a change of scenery, but he probably won't run and will probably go straight for the Irish Gold Cup at Leopardstown on Sunday, February 12."

"Uxizandre runs there and it's nice to have him back," said Berry. "Hopefully he runs well and will improve for the run.

"Unowhatimeanharry has an 8lb penalty which makes life harder, but he's in good form and Harry Fry's very happy with him."

FIRST PUBLISHED 1:59PM, JAN 26 2017
He's stepping up another gear at the weekend and we'll find out more about him

JP McManus: if I lose I don't have a bet for two weeks - it doesn't bother me