Latest STICKING TO THE PLAN 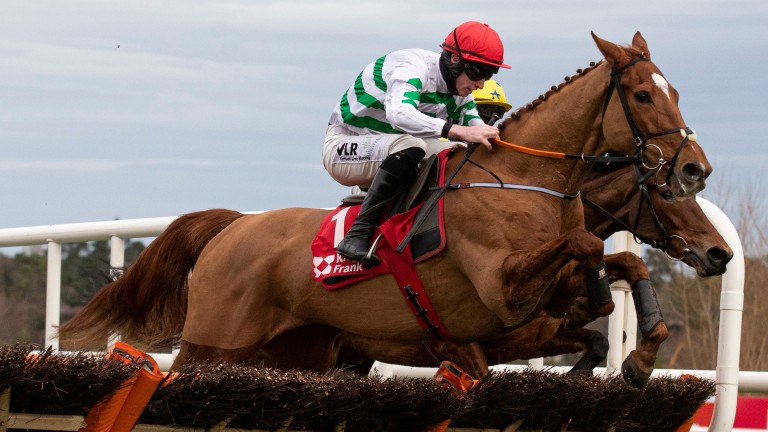 Gordon Elliott has poured cold water on the idea of Zanahiyr switching to the Supreme Novices' and is adamant the Triumph Hurdle favourite will stick to his own age group at next month's Cheltenham Festival.

Since Quilixios sauntered to success in the Spring Juvenile Hurdle at Leopardstown this month, there have been rumblings that Elliott might split him and Zanahiyr up rather than both taking each other on in the JCB Triumph Hurdle.

He might still split them up but, if he does, it would mean Quilixios going for the Boodles' Juvenile Handicap Hurdle as Zanahiyr will not run in the Supreme. That will come as a relief to those who have backed him into 5-2 favourite for the Triumph.

Ellliott said: "Zanahiyr will run in the Triumph. He's favourite for it, and that's where he will go. He's had his three runs and has picked up plenty of experience. We didn't run him at the Dublin Racing Festival and kept him back to go straight to the Triumph instead. He's in great form."

On the unbeaten Quilixios, Elliott said: "I'm not sure what sort of mark Quilixios would get in the Boodles, but he'll certainly have an entry to find out. We'll see what mark he gets and then decide whether to go there or to the Triumph. He was very good at Leopardstown." 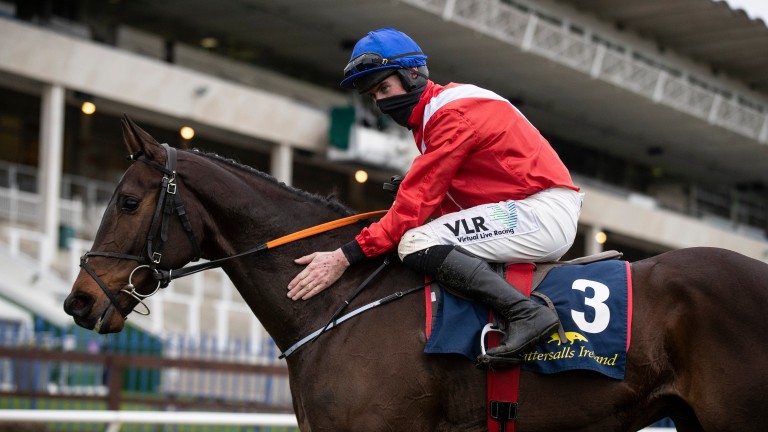 Quilixios: will be entered for the Boodles Juvenile Handicap Hurdle
Patrick McCann

Elliott also revealed he is in a race against time to get the unbeaten Duffle Coat to the festival.

Duffle Coat was five lengths too good for subsequent Grade 1 winner Adagio in the Triumph Hurdle Trial at Cheltenham in November and is four from four over hurdles. He is 10-1 with Paddy Power for the Triumph Hurdle, but might not make it.

Elliott said: "Duffle Coat has had a setback and it's going to be very tight with regard to Cheltenham. It will be touch and go whether we make it or not."

The other Triumph Hurdle contender from the Elliott stable is Teahupoo.

The French import was a wide-margin winner on his Irish debut last month, albeit a bit fortunate as Youmdor came down at the last when in front, and he will head back to Fairyhouse on Saturday week for the Grade 3 Winning Fair Juvenile Hurdle.

The trainer said: "Teapuhoo was good at Fairyhouse the last day and he will head back there next weekend for the Grade 3. He's a nice horse."

FIRST PUBLISHED 5:30PM, FEB 15 2021
He's had his three runs and has picked up plenty of experience