Triumph, defeat and that final-flight fall 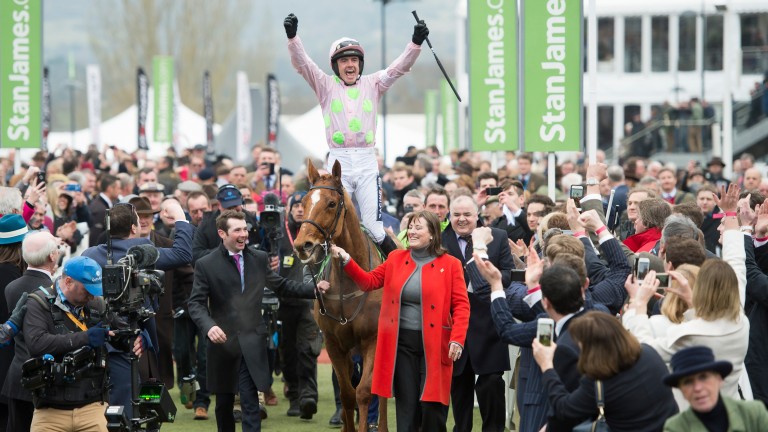 When it comes to Annie Power and the Cheltenham Festival things are never plain sailing. In the past, her fragile nature has always had connections biding their time before confirming her for action and even when they finally give the green light, her festival target is rarely decided before the 11th hour.

Regardless, she is one of the greatest race mares of the modern era and news that a leg injury has ruled her out of this year’s meeting is a huge blow for the festival. Here we take a look at her past dramas at Prestbury Park in March.

Annie Power was unbeaten in ten starts and the big question in the build-up to the 2014 Cheltenham Festival was which race would she contest.

Having yet to race beyond 2m4½f and with seven of her wins coming over no further than an extended 2m, the odds were seemingly stacked in favour of the Champion Hurdle.

However, with dual Champion Hurdle winner Hurricane Fly also in the ranks, trainer Willie Mullins had a tough call to make and decided to split the pair, with Annie Power heading to the World Hurdle over 3m instead.

Racing with zest, she looked the winner between the final two hurdles but on the climb to the line her earlier exuberance started to tell and she failed to hold off the fast-finishing More Of That.

This was a season of injury woe for Annie Power, who spent the best part of ten months on the sidelines with ailments. However, few are as patient as Willie Mullins and as the festival approached Annie Power came right.

There was no time for a prep race and it was decided the Mares’ Hurdle, rather than the Champion or World, would be the race to target. Mullins, riding the crest of a wave, was chasing a fourth winner of the opening day after Douvan, Un De Sceaux and Faugheen had all collected Grade 1 prizes.

With bookmakers looking down the barrel of a £40m payout on the Mullins four-timer, Annie Power powered into the home straight with just the last hurdle between her and Cheltenham glory.

Incredibly, she prematurely let fly, clipping the top bar of the hurdle before slithering to the ground. Cheltenham momentarily fell silent before Annie galloped off unhurt and stablemate Glens Melody mopped up the spoils. 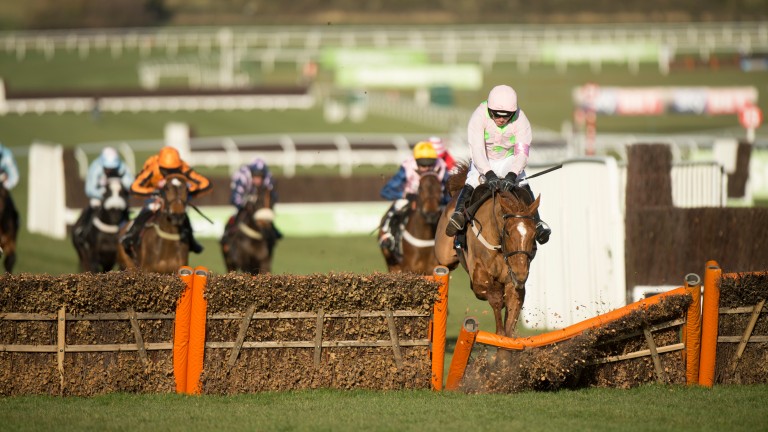 Injury again kept Annie Power on the sidelines at the start of the 2016 season but crucially she was back in time for a prep run at Punchestown in February.

The long-term plan had been to put right her mishap in the Mares’ Hurdle but when stablemate and reigning Champion Hurdle king Faugheen was ruled out of his defence with injury, Annie Power was rushed off the subs bench and into the Champion Hurdle line-up.

Back to 2m, she was in her element. Travelling with ease under Ruby Walsh, Annie Power controlled the race from the front and when Walsh set her alight rounding the home bend, she sprinted clear with just ‘that’ last hurdle to clear.

Foot-perfect, she winged it this time before flying up the hill for a much-deserved first Cheltenham Festival success. 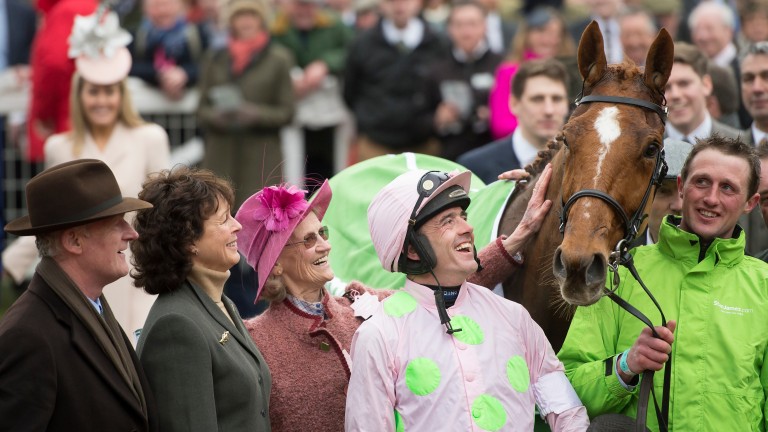 Willie, Jackie and Maureen Mullins and Ruby Walsh look admiringly at Annie Power after her Champion Hurdle victory
Edward Whitaker
FIRST PUBLISHED 12:28PM, JAN 25 2017
With bookmakers looking down the barrel of a £40m payout on the Mullins four-timer, Annie Power powered into the home straight with just the last hurdle between her and Cheltenham glory