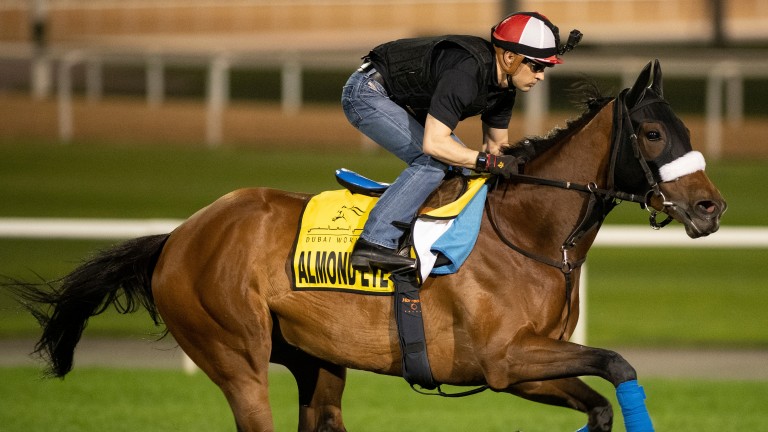 Christophe Lemaire puts Almond Eye through her paces at Meydan on Wednesday
Edward Whitaker
1 of 1
By Tony McFadden in Dubai UPDATED 10:12AM, MAR 27 2019

The mouthwatering clash between dual Arc winner Enable and Almond Eye could first take place at York, and not Longchamp as initially thought, as a trip to the Ebor meeting is under consideration for the Japanese Fillies' Triple Crown winner.

When asked whether Almond Eye would run at York before tackling the Arc, trainer Sakae Kunieda said: "Maybe. I've not decided the plan but maybe we'll fly to England then to France. Everything will be decided after the race [on Saturday]."

Speaking at Meydan where his national treasure will on Saturday race for the first time since shattering the Japan Cup track record in November, Kunieda added: "I hope to continue international racing. The Arc is the big target."

The Yorkshire Oaks, run over a mile and a half, and the Juddmonte International, contested over a furlong and a half shorter, are viable options for the versatile Almond Eye, who will drop back to nine furlongs in Saturday's Dubai Turf.

Enable has raced only over a mile and a half at the highest level but the International Stakes, sponsored by her owner Khalid Abdullah's Juddmonte operation, is her likely target. 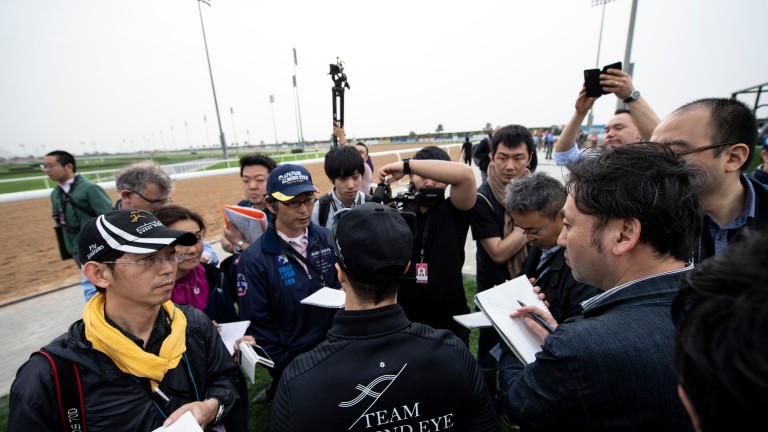 Almond Eye is ridden by Frenchman Christophe Lemaire, who has never won the Arc but finished runner-up in 2006 aboard Pride. The race was won by Rail Link but is best remembered for the thousands of travelling Japanese racegoers who heavily backed their nation's great hope Deep Impact on the French Tote.

Lemaire considers Almond Eye to be among the best he has ridden and said: "She's the kind of horse who gives you a different feeling in the stretch. What she has accomplished so far is fantastic and if she keeps running like this she will be something special.

"She has some special abilities. She recovers very well from her track work, she doesn't make any effort when she's galloping and she's got tremendous acceleration, with a big, long stride which means she covers a lot of ground."

When asked for his view on the John Gosden-trained Enable, who has won her last nine starts under Frankie Dettori, Lemaire added: "To win back-to-back Arcs is not an easy thing to do. She's trained by a fantastic trainer, she's ridden by a fantastic jockey, she's fantastic.

"I think this is the clash everyone wants to see. For the sport it would be great to have these two great fillies in the same race. I'm really looking forward to seeing Almond Eye in Europe but the first step is Dubai."

FIRST PUBLISHED 5:44AM, MAR 27 2019
I've not decided the plan but maybe we'll fly to England then to France