Steele plunge runners on drift after Landscape taken out 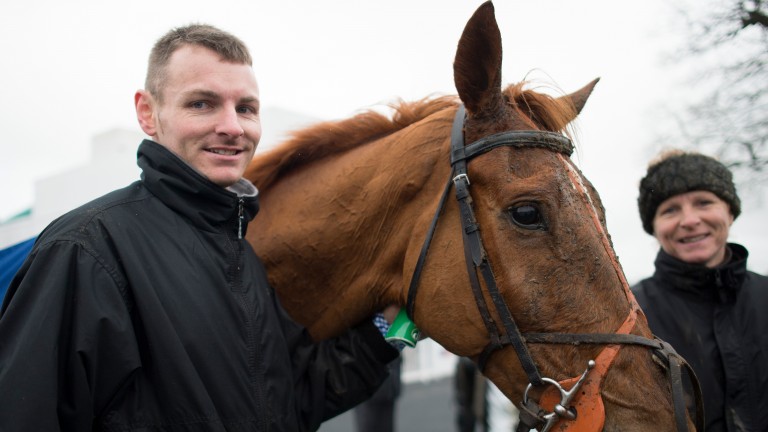 Daniel Steele: Trainer insists gamble is nothing to do with him
Edward Whitaker (racingpost.com/photos)
1 of 1
By David Baxter 3:22PM, JAN 31 2017

The Daniel Steele runners that came in for support on Monday evening and had bookmakers on alert about a potential gamble were proving weak in the market on Tuesday morning.

However, Landscape was declared a non-runner on Tuesday morning while the other two runners were on the drift, with 13-year-old According To Them, who has failed to complete four of his last five starts, back out to 14-1, and Pulsating available to back at 5-1.

It was a surprise to trainer Steele the horses had been backed, and on Monday night he said: "It's nothing to do with me. I got a message to say that all three had been backed, but Landscape won't run as he scoped dirty this afternoon but I've been too busy to declare him a non-runner."

Regarding the chances of his other two runners, According To Them and Pulsating, Steele added: "Pulsating has an obvious chance, but I'd be shocked if According To Them won as he's shown zilch in two starts this season. I've booked Gavin Sheehan and put blinkers on but he has to improve markedly."

William Hill spokesman Jon Ivan-Duke confirmed the firm had seen money for the Steele runners, but they were not facing large liabilities.

"We have been partially exposed to the gamble but our traders were on top of it very quickly and cut prices accordingly," Ivan-Duke said.

"These gambles go awry more often than they land and any punters getting involved now have missed the prices. They should tread with caution as they could be getting involved in something that they don't necessarily know anything more about than we do."