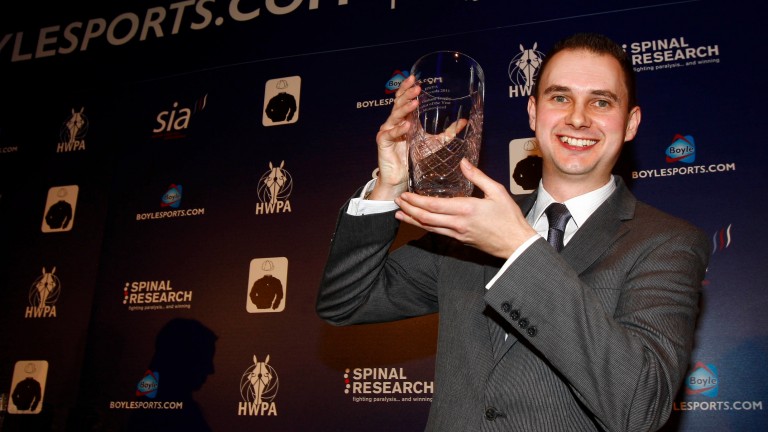 The Racing Post has a strong trio of nominees for the 50th Annual Horserace Writers' & Photographers' Association Derby Awards, supported for the fourth time by the Qatar Racing & Equestrian Club.

Tom Kerr has been nominated for the Clive Graham Trophy for Racing Writer of the Year, and faces competition from Kevin Blake, Chris Cook and Greg Wood.

Lee Mottershead, who was crowned Writer of the Year in 2011, has been nominated for the John Oaksey Trophy for Racing Reporter of the Year, along with Jon Lees, who won the reporters' award in 2013. Chris Cook and Marcus Townend complete the nominations.

Representatives from the worlds of Flat and jump racing will once again go head to head in the categories of owner, trainer and jockey of the year.

In addition to choosing from the nominated finalists for racing writer and reporter of the year, HWPA members can also vote for their broadcaster of the year. The winners of the two photographic awards are decided by a panel of judges whose nominations will also be announced on Monday, November 14.

The awards take place at The Lancaster in London on Monday, December 5.